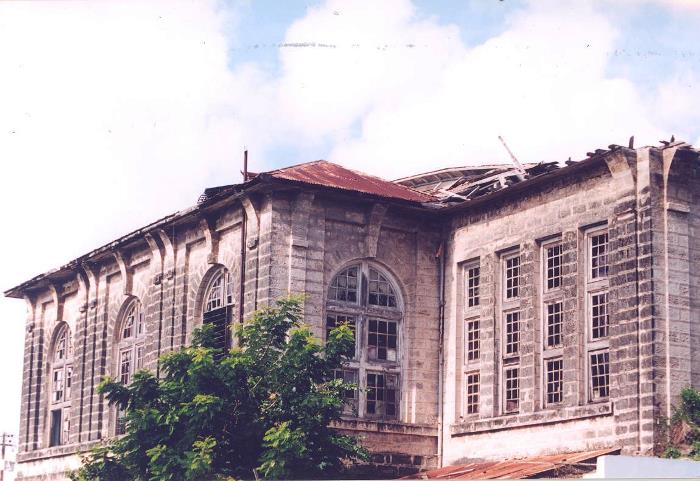 With the disrepair of culturally historic buildings such as the Daphne Joseph Hackett Theatre and the Empire Theatre, Culture Minister, Stephen Lashley, is of the opinion that a more sustained way must be found to manage our facilities.

To this end, Mr. Lashley said a project would be launched to bring the Queen’s Park landmark “back to a state of utility”, and a private entity had been allocated to begin restoration work on the Empire Theatre.

Speaking to reporters after a press conference to announce the winners of the CARIFESTA XIII Logo and Jingle Competitions at the Lloyd Erskine Sandiford Centre, the Minister observed that as Government promoted the importance of the cultural industries, the country’s facilities would have to be utilised in a more enduring way.

“I think that genuinely speaking we have to put in place a mechanism. Certainly, when we bring the Queen’s Park building back up, I can assure you that built into that model is going to be a very robust maintenance programme,” he maintained.

Explaining that the same thing would obtain with Empire Theatre, the Culture Minister underscored that Government could not afford to continue to not build in the whole question of maintenance.

“You will also recognise once we obtain funding from various areas…there are some entities for example that have said to us that we want to also see a maintenance programme before we provide funding. So, I think that is also pointing in the direction signaling that you can’t spend a huge amount of money on the one hand and don’t have built into that a maintenance programme,” he asserted.

Mr. Lashley further added that he hoped this approach pertained to all Government buildings because irrespective of which Government was in office, there was a falloff in terms of focusing on maintenance.

“I believe those days have to be days of the past. The kind of resources that are required in relation to the staging of major festivals… we have found not only looking at our whole cadre of venues as we plan CARIFESTA, that we need to do a better job in terms of maintenance.

“But we also have to recognise that certainly as Barbados and other countries go through various economic challenges, there are problems in terms of providing the money for maintenance. So, we have to evolve a model that is going to be enduring and one on which we place priority in relation to these assets,” the Minister charged.