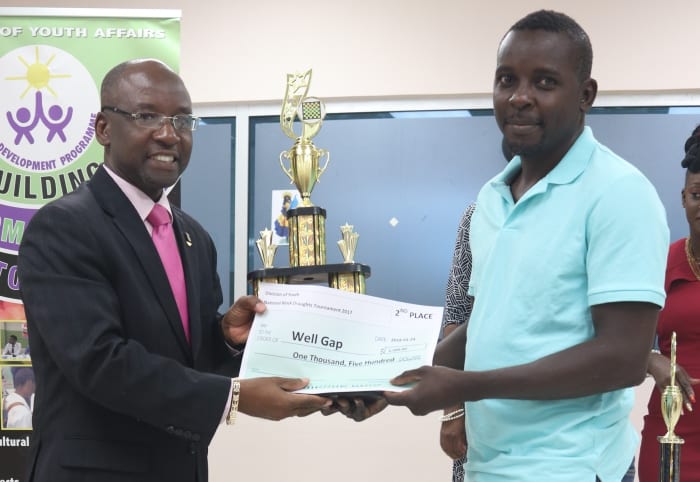 Minister of Youth, Stephen Lashley, has given his Ministry’s youth programmes a thumbs up.

While addressing the awards ceremony of the Ministry’s Block Draughts Competition recently at Sky Mall, Mr. Lashley stated that “the programmes of the Ministry of Culture, Sports and Youth are working [and] the investment of the Government in the development of young people is working”.

The Youth Minister stated that the draughts tournament has been successful in providing second chances to the nation’s youth. “I think that our vision has been realised in this programme. …I am very pleased that this draughts programme, which is in its sixth year, has been so successful… As I reflect on the journey of this tournament, I believe that we have seen a definitive commitment by the Government of Barbados to utilise strength and discipline,” he said.

Describing the tournament as “a very important tool” in the promotion of community spirit, Mr. Lashley promised that despite setbacks, his Ministry would continue to develop innovative programmes.

This year, the team from Horse Hill, won the tournament and received a first-place prize of $2,000, while the Well Gap and Parris Hill teams won second and third place respectively.