Lashley: Government Can’t Do It Alone 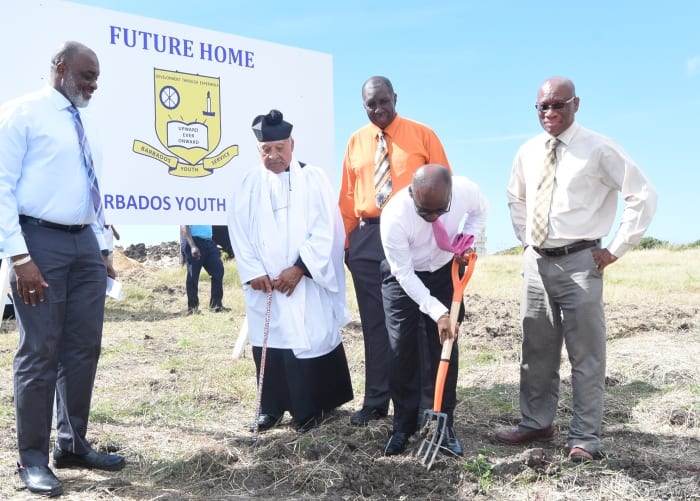 Although Government is dedicated to the development of youth on the island, it cannot do it alone.

This observation came from Minister with responsibility for youth, Stephen Lashley, who delivered the feature address this morning at the ground breaking ceremony for the Barbados Youth Service’s facility (BYS) at Paragon, Christ Church.

Noting that Government, through the Ministry’s various programmes, had done a great deal to develop the nation’s youth, Mr. Lashley stated that there was an urgent need for all stakeholders to take part in the overall advancement of the youth.

Stating that the Ministry’s programmes were useful, he emphasised however that they were not a replacement for the important and vital role of parents and guardians in the home and in the community, and such programmes could not truly be successful unless those persons were all onboard.

“Our parental system in our communities and also our support mechanisms, those in our communities who are important father and mother figures – it is important that they understand that they have a tremendous responsibility in partnering with the Government support system [in order to] bring some sense of support and direction to our young people. It cannot be left to the Barbados Youth Service alone,” he stressed.

Lamenting that there has been a breakdown of the “vital relationship” between the community and youth, particularly the schools, the Minister warned: “Unless you can devote time to dealing with our young people, particularly when they have left school without the requisite qualifications, you’re going to have the overspill into the society and you’re going to have some serious social problems.”

The BYS building project, which will be undertaken in two phases, is expected to accommodate 240 persons per year.