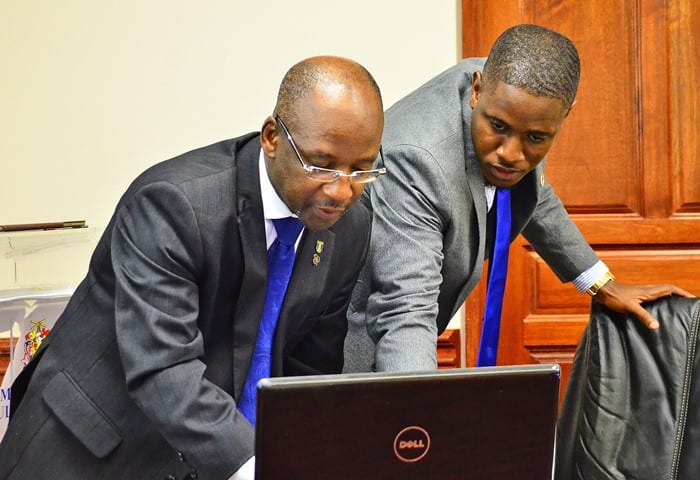 Youth Minister, Stephen Lashley, is convinced that the systems set up by Government for the development of the youth are working.

Mr. Lashley made this statement recently during the launch of the electronic health records management application, Med Regis HER, which was created by graduate of the Youth Entrepreneurship Scheme (YES) Programme, Dale Trotman.

Mr. Lashley stated that he was “particularly impressed” with Mr. Trotman, and described him as “a shining example of an innovator and entrepreneur and a good reflection of the type of young person that has become synonymous with the Youth Entrepreneurship Scheme”.

The Minister expressed the belief that there was still a need to have more young entrepreneurs like Mr. Trotman “coming to the fore with their skills and products and services that will re-energise the Barbados economy”.

Noting that through the YES programme Government has played a significant role in the development of young entrepreneurs, Mr. Lashley acknowledged that more could still be done.

“I am of the view that in the immediate future, we in Government will have to focus on how we prioritise our spending. Decisions will have to be made about those critical areas of development that must get critical support such as the innovative work of young people such as Dale,” he said.

Mr. Trotman worked for five years developing the MedRegis system, which assists in the streamlining the medical records of outpatients in medical facilities. He described the process as “a difficult road at times”, as he was new to application building and development.

“I’m not technical… sometimes you start to doubt yourself. But you really have to take a step back and understand what you want to achieve and push forward with it still,” he stated, adding that there was still a lot of room for the application to be expanded and further developed.