Lashley: Region Must Unite To Do More 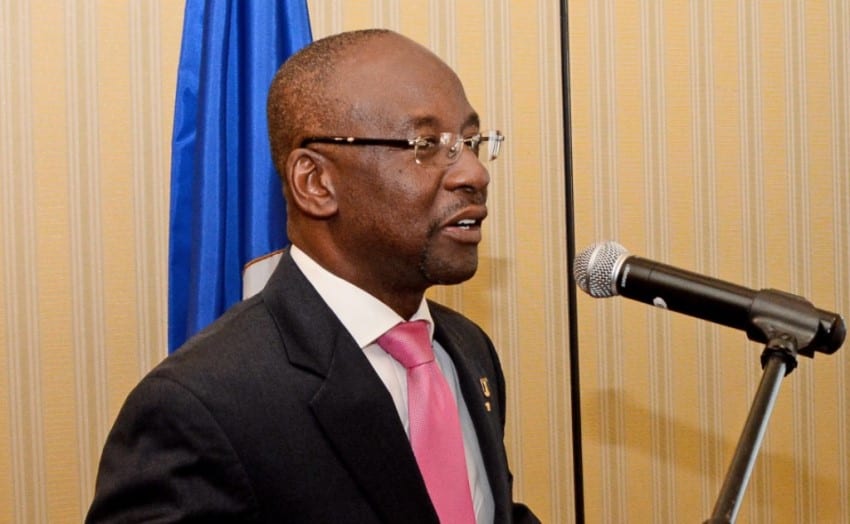 Minister of Culture, Sports and Youth, Stephen Lashley, stated that it was important for young Caribbean entrepreneurs to create both a strategic and an action plan. (FP)

When Caribbean governments and entrepreneurs work together, their collective efforts will make a significant contribution to the region’s development.

Minister of Culture, Sports and Youth, Stephen Lashley, made this suggestion last evening as he addressed the launch of the Annual General and Strategic Planning Meeting of the Caribbean Alliance of Youth Entrepreneurs, Caribbean and Canada (CAYE-C&C), at the Hospitality Institute, under the theme: Fostering a Sustainable Future for our Young Entrepreneurs.

Explaining that entrepreneurship was an effective developmental tool, Mr. Lashley noted that for it to be most impactful and sustainable, a regional approach to “advancing and showcasing its legitimacy” must be taken.

To that end, he assured the CAYE – C&C of Government’s support of that organisation’s development and sustainability.

“We all have a pivotal role to play in supporting Youth Entrepreneurship, which calls for new forms of cooperation between Government, the private sector, business support organisations, funding agencies, academia, communities and entrepreneurs, to promote sustainable enterprise and help meet our development goals,” he stated.

The Minister referenced Goal 8 of the Sustainable Development Goals, which speaks to promoting sustained, inclusive and sustainable economic growth, full and productive employment and decent work for all.

Mr. Lashley further stated that it was important for young Caribbean entrepreneurs to create both a strategic and an action plan, so as to collectively utilise their skills and resources to build businesses that were globally competitive and which contributed to regional development in meaningful ways.

Speaking on the importance of closing the gaps in insular thinking, the Youth Minister was of the view that for the region’s future to be sustainable, persons must be willing “to set aside borders and forge regional partnerships”.

He noted that with great diversity present throughout the region, such differences could be used to the advantage of Caribbean nationals.

“Once we invest our collective resources, the networks we create will generate a high return for Caribbean people…. The only means to bring about sustainable development is through investments in the creativity, innovation and problem-solving skills of youth,” Mr. Lashley emphasised.

The CAYE-C&C is a coalition of 13 organisations from nine Commonwealth countries, including Barbados, Guyana, Jamaica and St. Lucia.