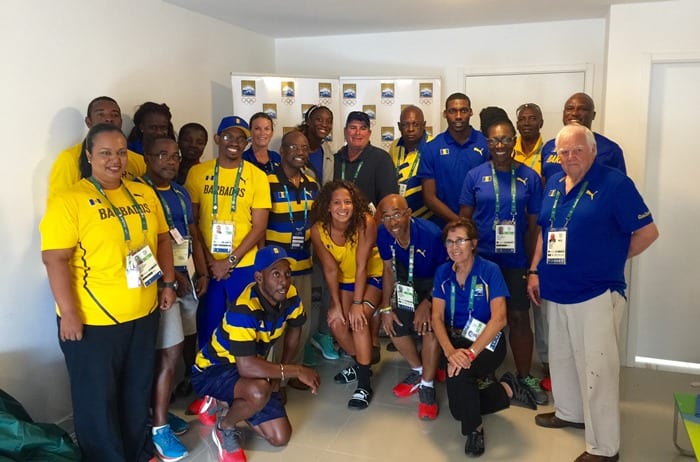 Minister of Sports Stephen Lashley has congratulated Barbadian athletes and officials on their performance at the 2016 Olympic Games.

During a visit to the Athletes Village in Rio, Minister Lashley acknowledged that while Barbados had not secured a medal, praise was still in order for the competing Barbadian athletes as they continue to give competitive and determined performances in the Olympic Games.

According to the Minister, Team Barbados has shown “great mettle” in one of the world’s most prestigious and keenly contested sporting events.

“We have a very young but highly talented team of athletes who have done well at the Games. We now have to give them our continued full support and enhance whatever systems are required to sustain their improved performance going into next year’s World Championships and ultimately leading up to the next Olympics in 2020”, he added.

While in the Athletes Village, Minister Lashley met with the athletes individually and brought greetings on behalf of the Government and people of Barbados.

He also joined President of the Barbados Olympic Association, Steve Stoute, in presenting special Olympic Certificates of Participation and medals to members of the entire Barbados contingent.

The Minister was then taken on a tour of the Olympic Village where he was shown the special equipment used by the Barbados medical team to support the athletes.