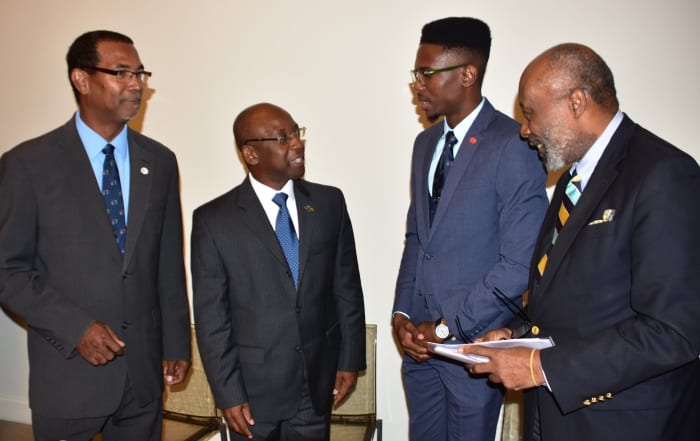 Youth Minister, Stephen Lashley, has criticised what he termed as the media’s “over-reliance” on highlighting negative behaviour by some of the nation’s youth.

Mr. Lashley’s comments came as he delivered the feature address at the launch of a partnership between the Community Independence Celebrations Secretariat (CICS) and the Duke of Edinburgh’s International Award, at the Nidhe Israel Synagogue in The City.

Addressing the new parish ambassadors set to complete the Bronze Award category of the Duke of Edinburgh’s International Award, the Minister stated: “I believe that we need to spend more time in the media highlighting more of the good work that you continue to do. I think there is…excessive commentary both in the print and electronic media, and now collusively on social media, which seeks to highlight every possible negative activity of some of our youth”

Mr. Lashley expressed the view that such a focus on the negative was “not fair to the psyche of [the] nation’s youth”. According to him, despite the many issues affecting them today, there were many talented young people who continued to set a good example for their peers by participating in positive activities.

“I know that you will agree [that] your own work in our communities, your efforts, your sweat and your tears, do not reflect some of what we read,” he contended.

However, the Youth Minister said that he had “a lot of confidence” in the ability of young people to rise above the “over-reliance on negativity”, and directed the new parish ambassadors to the work done by previous ambassadors through their various parish projects.

Through the partnership of the CICS and the Duke of Edinburgh’s International Award, the parish ambassadors will engage in several activities that satisfy the following requirements for Bronze Awardees: service, physical recreation, skill and an adventurous journey.