Leaders Committed To Making A Difference 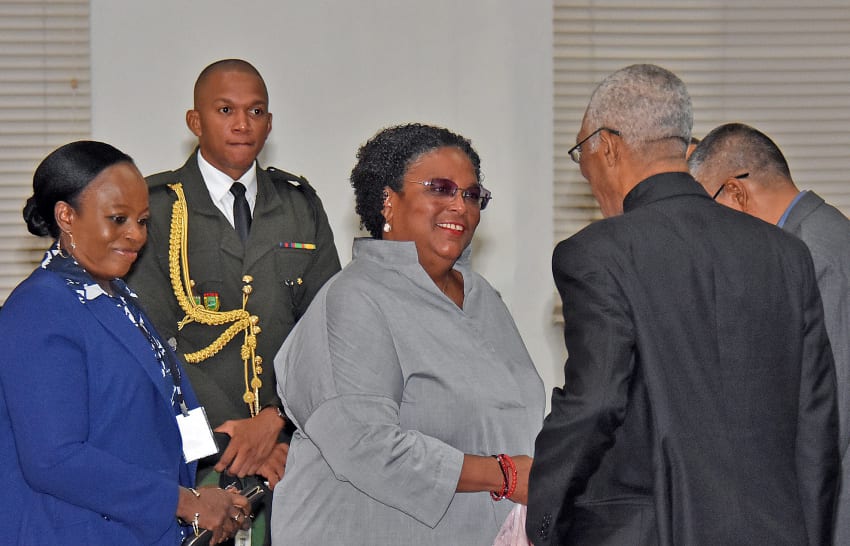 Caribbean leaders are committed to making a difference in their people’s lives through implementing key measures relating to the CARICOM Single Market and Economy (CSME).

Prime Minister Mia Amor Mottley made this clear today, as she delivered opening remarks and chaired the Ninth Prime Ministerial Sub-committee Meeting on the CSME at the Lloyd Erskine Sandiford Centre.

She said: “We have, since Montego Bay, been able to re-ignite in our people the confidence that we can make this Caribbean project worth our while, and that we can allow it to make a definable difference in their lives.

“I refer specifically to the need for us to make life easier for those of our free citizens, and by citizens I don’t only mean individuals, but companies, who want to move between our countries, and who want to do so without having to re-register and pay significant sums of money in each territory in order to do business.”

Explaining that CARICOM leaders had signed the Protocol on Contingent Rights to make free movement easier for spouses and dependents, she further added that the Protocol on Government Procurement would be signed at the next Heads of Government Conference to allow persons in the region who were committed to expanding their enterprises to have the opportunity to bid for government contracts, over a certain threshold.

Ms. Mottley stressed that there was now renewed vigour in implementing key initiatives and this was signalled by the fact that the Council on Finance and Planning had met twice in the last four months, having not done so in the last five years. 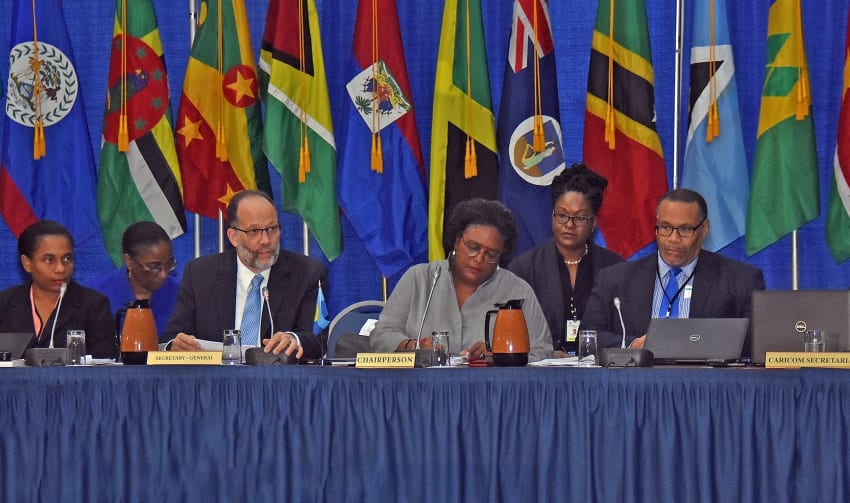 Noting that CARICOM leaders had a number of other projects that required their urgent attention, Ms. Mottley explained that some had been identified, some were in the process of being examined, and others would be put back “fully” on the agenda.

Using unity as the benchmark for successful and affordable travel in the region, Ms. Mottley cited the example of inter-island operations between St. Vincent and the islands of the Grenadines, as explained by Prime Minister Ralph Gonsalves, as a model that should be replicated throughout the Caribbean.

“If it can be done there, and if it can be done in Grenada and Carriacou, then it is absolutely essential that we recognise that it is our duty to make it possible between these islands and these countries within CARICOM,” she affirmed.

During their Caucus at Ilaro Court, CARICOM Heads of Government also examined some key strategic issues pertaining to the security of energy supplies; the resilience of telecommunications; and how best to offer assistance to one another during the difficult hurricane season.

CARICOM Heads of Government will convene another meeting on the CSME to address structure and equity, with respect to the Single Market project, among other issues, in December.