Lecture On Haiti Experience After Earthquake 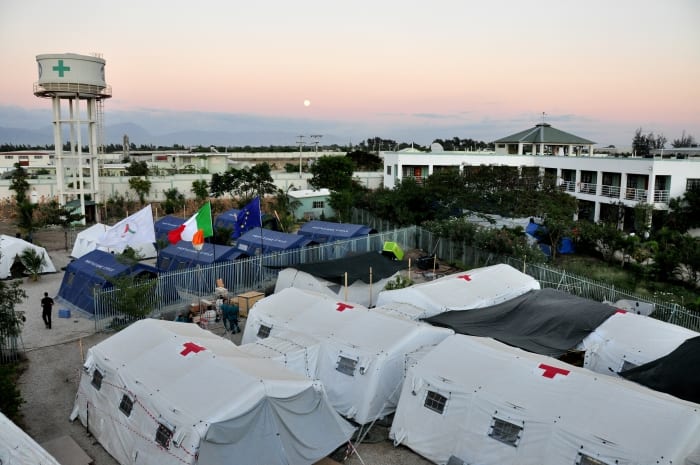 Medical tents set up in Haiti following the devastating earthquake in 2010. (Stock Photo)

The post disaster response to the earthquake which devastated Haiti eight years ago will be discussed during a public lecture on Wednesday, April 25, at the Barbados Defence Force, St. Ann’s Fort, Garrison, beginning at 7:30 p.m.

Entitled: Emergency Field Hospital in Haiti in 2010, the lecture will be presented by Colonel Doctor Gustavo Alonzo, who was in charge of the hospital following the earthquake.

Members of the public, especially doctors, nurses and para-medical professionals are invited to attend. They should be seated by 7:15 p.m.

The earthquake, which occurred on January 12, 2010, was the most destructive to be recorded in the nation’s 200-year history. Over 200,000 persons were killed and thousands were left homeless.