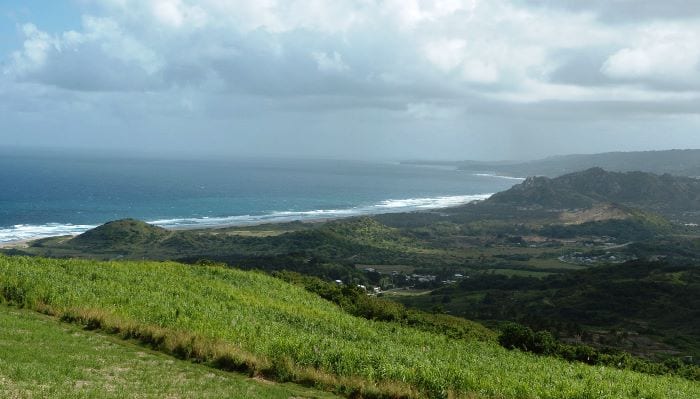 High-resolution aerial photography of Barbados is now being used to inform decisions about developments in and around the island’s coastline.

The footage is being made available thanks to the Light Detection and Ranging (LIDAR) study, which forms one of six components conducted under the Baseline Studies activity of the Coastal Risk Assessment and Management Programme (CRMP) being executed by the Coastal Zone Management Unit (CZMU).

Coastal Information Systems Manager (CISM) at the CZMU, Ramon Roach, said the information gleaned from the photography was being used as part of the National Coastal Risk Information Planning Platform project, also under the CRMP.

“The LIDAR information will be used to perform hazard analyses for storm surges, flooding and tsunamis. It will also be used in the planning section of the CZMU for the processing of planning applications, land use mapping, and by the Town and Country Planning Development Office when updating the Physical Development Plan and for building classification,” he explained.

Speaking during an interview with the Barbados Government Information Service, Mr. Roach said it was “great data” which was already being used by some government agencies.

Meanwhile, protocols are being established for the sharing of the data with other entities, such as the Barbados Defence Force, the Royal Barbados Police Force, the Barbados Coast Guard and the Ministry of Public Works.

Mr. Roach explained that the LIDAR aerial surveys were conducted between August 2014 and March 2015, to allow officials to obtain high-resolution aerial photography, as well as topographic and bathymetric information for Barbados.

“What it provided us with was digital aerial photography in high resolution with island wide coverage; a 3D point cloud of the surface of the island representing position and height above or below sea level; data classified according to the type of laser return (ground, vegetation, roof top); a digital surface model, which shows the elevation of buildings and vegetation; and a digital terrain model, which is a representation of the bare earth elevation,” Mr. Roach said.

He concluded that the LIDAR surveys, though expensive, were very useful and would need to be updated in the future as the surface of the island was constantly changing.