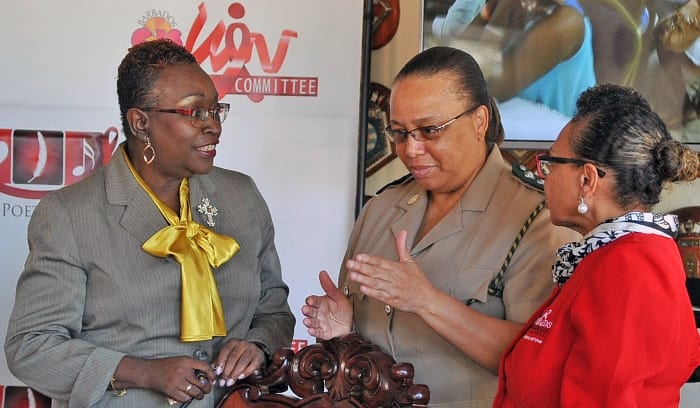 Barbadians and others will groove to the sounds of top local artistes on Saturday, February 18, at the annual Love Poetry and Song fundraising concert.

Speaking on Thursday at the official launch, Chief Information Officer of the BGIS, Sharon Lynch, said the concert, which is in its sixth year, would be held during Love Safely Week – which is the week of Valentine’s Day.

Ms. Lynch explained that the concert was held to raise funds, food and personal care items for the HIV Food Bank. She added that through the entertainment provided at the event, patrons received messages on loving safely as well as ending stigma and discrimination.

“As usual, we have secured some of Barbados’ finest entertainers and we are pleased that along with a few of our regulars, there is a line-up of popular artistes from different genres who will make their first appearance at Love Poetry and Song,” she stated.

Tickets for Love Poetry and Song 2017 are $25 for adults; $10 for children ages five to 16; while children four and under are free.