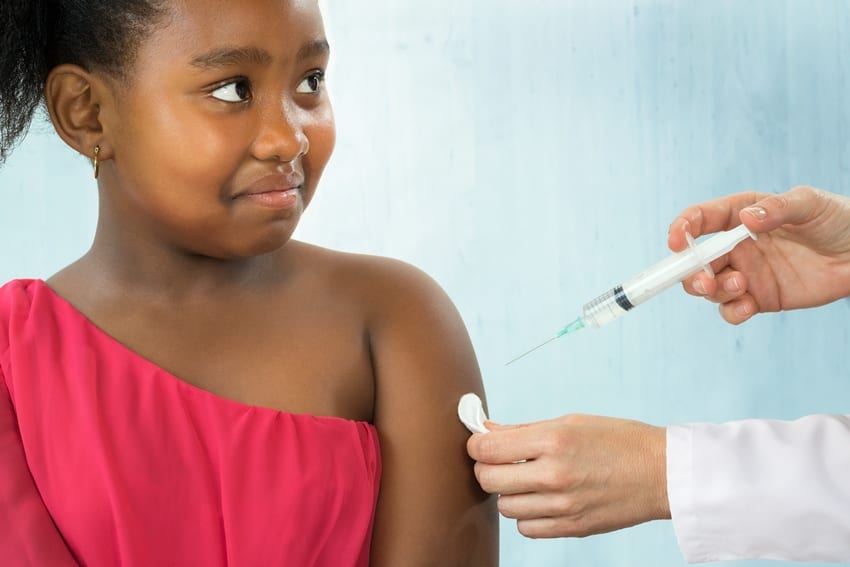 According to the Ministry of Health’s immunisation schedule, children should receive their first dose of the MMR vaccine at 12 months, and the second dose at 18 months. (Stock photo)

The Ministry of Health is concerned about the decline in the number of children who received the MMR (measles, mumps and rubella) vaccine in the public health care system during the first six months of this year compared to previous years.

Senior Medical Officer of Health, Dr. Karen Broome, today stressed that it was vitally important that parents and guardians give priority to these immunisations, since, she disclosed, “the current MMR coverage is not high enough to stop an outbreak of measles in Barbados if we have an imported case”.

This is especially troubling, she explained, because of the current measles outbreaks in Venezuela and Brazil, as well as the identification of imported cases in several other countries in the region.

According to the Ministry of Health official, at least 95 per cent of children must be immunised to ensure protection from an outbreak. The figures for the first six months of the year are 80 per cent immunisation coverage for MMR1 and 85 per cent for MMR2. This compares to 95 per cent and 96 per cent coverage in respect of the polio and pentavalent vaccines, respectively.

According to the Ministry of Health’s immunisation schedule, children should receive their first dose of the MMR vaccine at 12 months, and the second dose at 18 months.

The Ministry is pursuing a number of measures aimed at increasing the uptake of the vaccine. These include active surveillance by public health nurses who are reviewing the immunisation status of children in day care centres and nursery schools, as well as those who attend the polyclinics.

The polyclinics are also reaching out to parents whose children, according to their records, have not received the required immunisations, encouraging them to visit the nearest polyclinic or their private doctors so their children can obtain the vaccine.