Loyal Visitors Are “Barbadian By Choice” 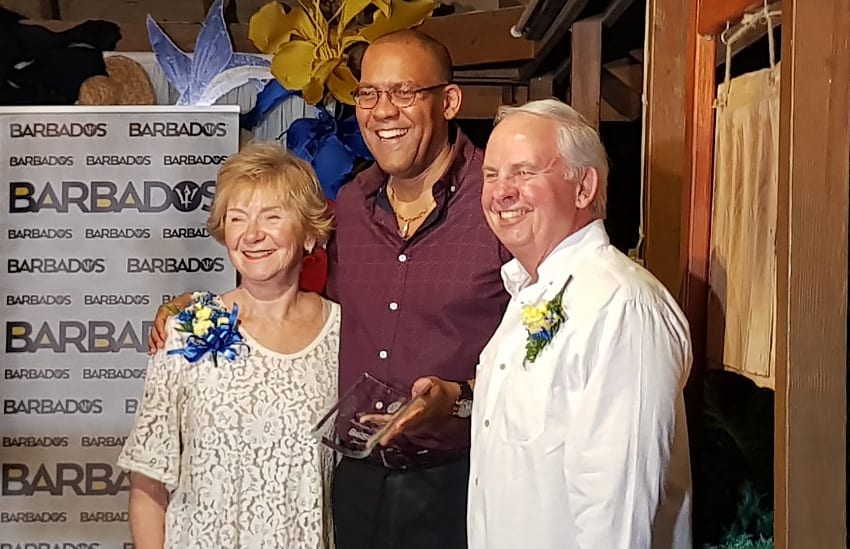 The magic of Barbados has mesmerized Robert and Bonnie Fraser to the point that they are “Barbadians by choice”!

The couple from Ontario, Canada, was among a group of repeat visitors who were recognized by the Barbados Tourism Product Authority (BTPA), during a Loyal Visitor Reception held at Fusiliers, Gun Hill Signal Station, St. George, recently.

Since their first visit in 1976, the Frasers have been to Barbados 43 times and according to Robert: “God made two places, Canada and Barbados.”

They were so spellbound by the island that they placed a 40-foot pole with the Barbados flag outside their Canadian home, so “everybody on the lake knows we are from Barbados”.

Robert declared: “The weather is absolutely fantastic, but most importantly is the warmth of the people, the stability of the island and the fact that we can travel anywhere we want to go.  We rent a car; we walk and you can’t do that in other places in the world. The safety of being able to do that is precious to all of us….  You don’t feel any type of alienation. We’ve travelled all over the world; we’ve been to many, many countries, and we call this our home away from home.”

The couple, who owns three car dealership companies in Canada, uses trips to Barbados as an incentive to motivate workers. “We’ve loved it so much here.  One of the perks that we give to our managers is if they hit their targets, we will bring them to Barbados.  It started off for seven days and they loved it so much here that we increased it to 10 days,” Bonnie shared.

She recalled that when they first visited the island they stayed at Paradise Beach Hotel on the west coast, but the south coast has become their favourite area. “We always make it a point to travel all over the island.  We love Atlantis House; we knew the property at Sam Lord’s Castle and we go to the Crane, but we always come back to the south coast,” she said. 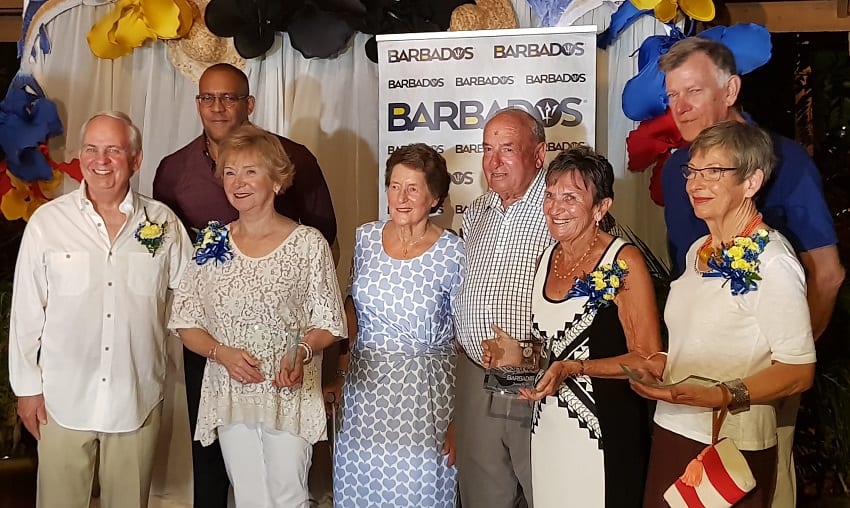 The couple, who also owns a property in Florida, disclosed that they just purchased a holiday home in Barbados.  They also shared that they passed on their love for Barbados to their daughter and grandchildren.

Stating that they are aware of the crime situation on the island, the couple added that they were confident “the authorities will get things under control”.

“When we first started coming to the island, we ran into some incidents where there was some crime.  There was a couple ahead of us who got robbed at gunpoint, but the police was there right away and handled it right away…. We are very safe here; we walk the beach and we are very careful…. I don’t know if there is anything I would change,” Bonnie stated.

Robert also voiced his opinion on the matter: “In recent days, with these shootings, that is not acceptable. It shouldn’t be acceptable and I know it’s not acceptable to Bajans…. We know that will get handled. We will watch the Government very closely, but I believe that the tolerance for that kind of situation should be handled quickly and I believe Barbados will do that.”

The Frasers were also grateful to be beneficiaries of the Loyal Visitor award.  “The recognition is extremely important. I should almost be giving back one of those to Barbados to say thank you for being such a fantastic place!” Robert asserted.