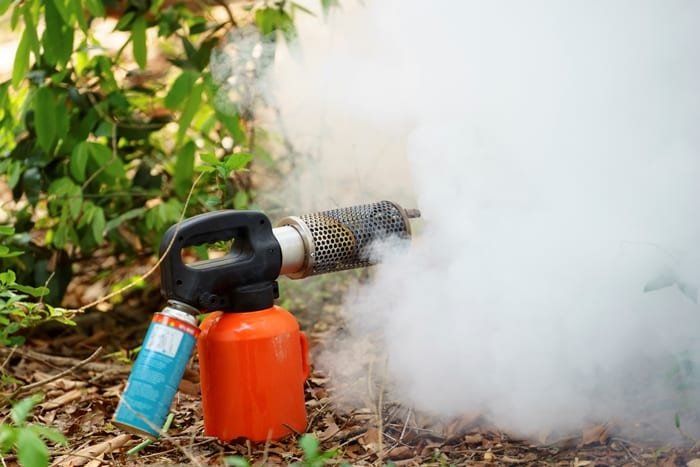 The Ministry of Health has described Malathion, the chemical used in Barbados’ fogging programme, as the most effective agent that can be used to kill adult mosquitoes.

An article published in last Monday’s Daily Nation, headlined SMOKE SCREAM, suggested that Malathion and diesel were banned chemicals and should be replaced with water-based fogging or aquaculture which would allow fish to consume the mosquito larvae.

In response today, the Ministry denied that Malathion was a banned chemical and revealed that it was in fact recommended by the World Health Organisation as contained in the WHO Recommended Insecticides for Space Spraying against Mosquitoes, updated last February.

Noting that toxicity to humans was extremely low, the Ministry maintained: “Malathion is the most cost effective and sustainable method of killing adult mosquitoes. It has not to date demonstrated mosquito resistance, similar to some of the newer agents that are being used elsewhere.”

It further disclosed that diesel was used as a propellant at a concentration of five per cent, so that exposure was very low. “The fogging schedule is published, not because of excess risk from the chemicals, but because some people have respiratory conditions and may be more sensitive to fogging than others,” the Ministry explained.

The Ministry of Health continues to urge Barbadians to take vector control seriously and to prevent mosquito breeding on their premises by adopting source reduction practices. These include managing water storage containers and eliminating conditions which can lead to collections of water.