Mall Concerts Back For Education Month 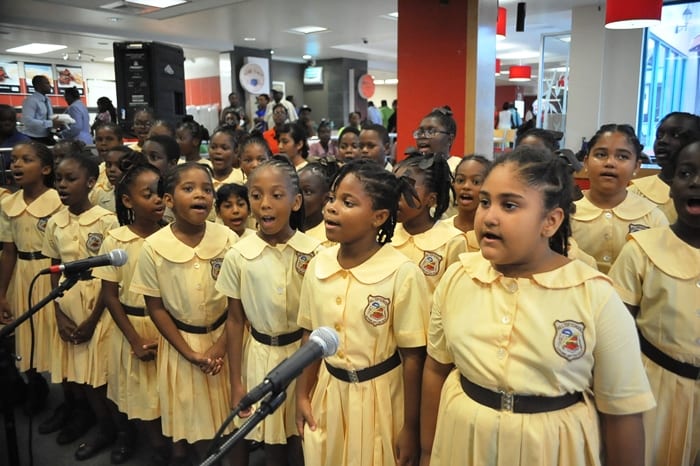 As part of the activities to mark Education Month 2016, the mall concerts, introduced last year, are back, giving students the opportunity to showcase a range of talents.

The Ministry of Education, Science, Technology and Innovation will host the series of lunch-time concerts every Wednesday in October on the 5th, 12th, 19th, and 26th. They will be held under the theme for Education Month: Education: Fifty and Beyond.

All shows are expected to begin at noon and members of the public are invited to attend.

On Wednesday, October 5, the first event will be held at the Speightstown Esplanade in St. Peter. It will highlight schools in the north, including Roland Edwards Primary, Selah Primary, A. Dacosta Edwards Primary, Ignatius Byer Primary, Gordon Greenidge Primary, Coleridge and Parry, The Alexandra School, The Alleyne School, Frederick Smith Secondary and Daryll Jordan Secondary.

The series of concerts will climax on Wednesday, October 26, when Sheraton Mall comes alive with the sound of music, drama and poetry from students in the neighbouring districts, as well as others. Among those expected to perform are Wilkie Cumberbatch Primary, Blackman & Gollop Primary, Deighton Griffith Secondary, Harrison College and Graydon Sealy Secondary.

Coordinator of the event, Joy Knight-Lynch, said each concert would feature soloists, choirs, instrumentalists, pop bands, dramatists and dancers who are expected to showcase “great performances”.

Mrs. Knight-Lynch, who is also the Education Officer responsible for music in schools, added: “There is a lot of performance-based talent in our schools and it is very important that we help our children to highlight it. By doing this, staging these concerts, we are actually helping them with their discipline, time management, team work and concentration in school.”

She is therefore urging parents, guardians and the general public to patronise the venues and “support the children as they continue to pursue their dreams”.