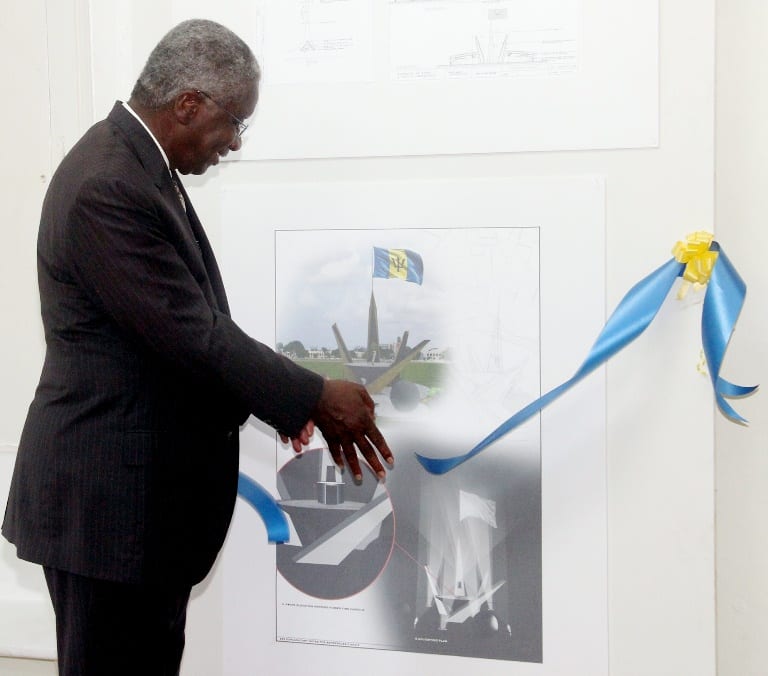 Prime Minister Freundel Stuart has expressed the view that this country’s cultural policy has to be so managed that it does not become divisive, but inclusive and a force to unite the nation.

Mr. Stuart made the comments yesterday during a ceremony at the Main Guard, Garrison, to announce Taisha Carrington as the winner of the Barbados at 50 Monument Design Competition.

The Prime Minister said the majority of people in Barbados were of African descent.

“We are not being fair to the facts if we try to give the impression that only black people in this society have contributed to its history and to its development; all experience and all facts contradict that.

Mr. Stuart added that other strands had been added and he spoke about the Asiatic element and the increasing presence of Chinese in Barbados.

“I say no, we have to accord all the strands of our culture due reverence because they have all in their separate ways contributed to the development of Barbados… We have to respect those strands and be sensitive to the imperatives of our very rich history.”

Mr. Stuart said the monument which would be unveiled for Barbados’ 50th anniversary of independence would embody the history and contributions of those racial and cultural strands.