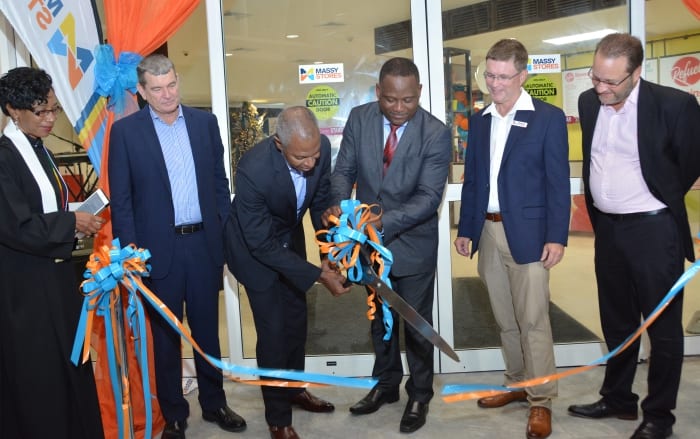 Industry and Commerce Minister, Donville Inniss, has welcomed the growth and expansion of The Massy Group of Companies on the island and its continued expression of faith in the Barbadian economy.

He expressed this yesterday at the grand re-opening ceremony of the Massy Stores Supermarket Sunset Crest.

Minister Inniss said while nationalism was revered by some, and rightly so, as the reflection of a people’s identity, he remained of the strong view that nationalism must never be practised solely to stymie international exploration, or the ability of a nation to favourably compete within the global marketplace.

The Commerce Minister said: “As Barbados matures as an entrepreneurial democracy, I will, therefore, be of the view that any push to introduce credible regional or global consumer brands to the local marketplace must be lauded as sacrosanct to entrepreneurial development and by extension a bastion of hope for sustainable socio-economic development.

“It is within this context that I fully laud the investment provided by Massy Stores (Barbados) Ltd. to the Barbadian economy to the tune of some BDS$45 million, which is evidenced by considerable infrastructural development, enhanced operational sophistication, increased job creation and a level of targeted business facilitation that promotes industry excellence, standards up-grades and which can result in foreign exchange savings as greater opportunities are afforded local suppliers and small entrepreneurs.”

Commending Massy for its investment, he praised its contribution to local agriculture, by spending $60 million per year purchasing local products from farmers.

The Minister noted it was an investment that signalled to the local, regional and international business community that Barbados remained open for business and that amidst the prolonged challenges facing its economy, Barbados has positioned itself as a society and economy that is resilient, focused and determined.

“Our legacy has never been, nor will never be defeatist!” Minister Inniss remarked. 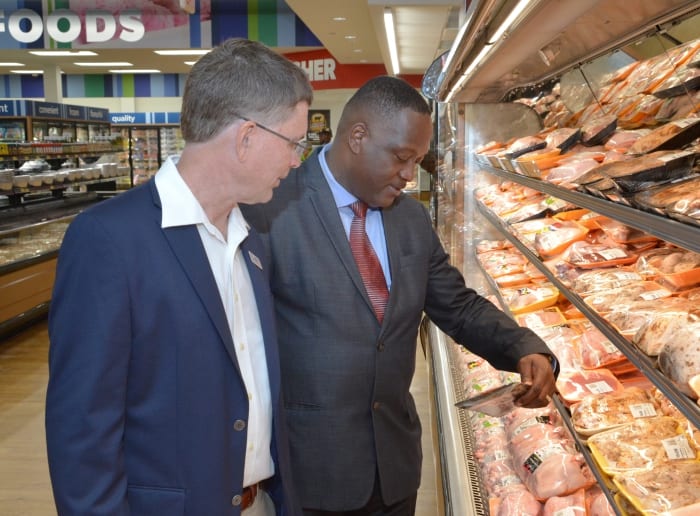 The Massy Stores Supermarket Sunset Crest, which was re-developed over the past 11 months, has 30,000 square feet of retail space, and offers an extensive collection of imported and local products, including a wider range of indigenous items.

In addressing the event and referring to Massy’s contribution to national development, Country Manager, Frere Delmas said: “We in the private sector must lead the charge, supported by the right enabling environment, to get our economy working again.  Equally important is our contribution to the local agricultural and manufacturing sectors.”

He acknowledged that, among other things, the company had succeeded in creating a sustainable supermarket model with energy efficiency in its building consideration, both for environmental and economic reasons.

And, he noted that the company had significantly improved its own drainage system, as well as those on the public road, in the hope that this would “further alleviate the issue of flooding in, and around the area of, Holetown”.

Mr. Delmas thanked Government for its support and “utmost efficiency” as he noted the 11-month project came in on budget and on time with 240-odd persons employed on the project, and no major injuries recorded, due to strict safety protocols and collaborative assistance from government agencies.

The store officially re-opened to the public on November 17.