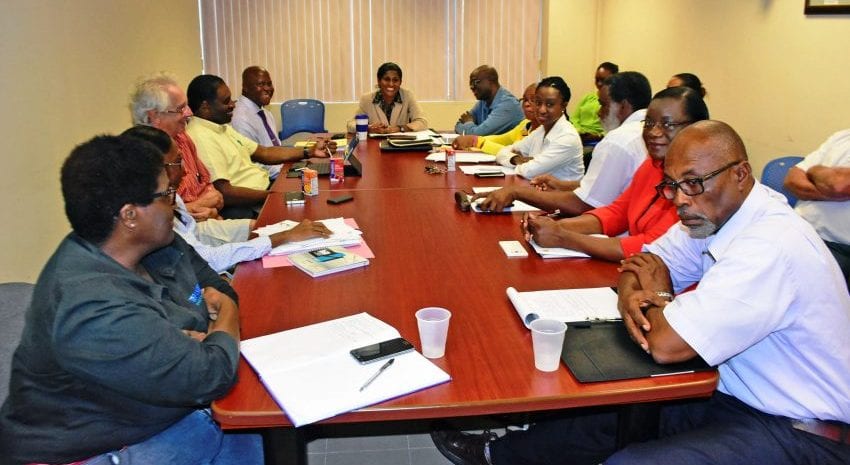 Migrant workers are also protected under the employment laws of Barbados.

Minister of Labour, Senator Dr. Esther Byer Suckoo, gave this reassurance on Tuesday, while addressing the National Advisory Committee on Occupational Safety and Health (NACOSH), at the Ministry of Labour, Warrens Office Complex.

While acknowledging that NACOSH had a “significant” role to play in promoting safety and health standards across the Barbadian workforce, Senator Byer Suckoo said it was often feared that the condition of migrant workers went “under the radar”.

She disclosed that the Ministry of Labour had begun collaborating with various stakeholders, to promote fairness and impartiality for all workers on the island.

“We’ve just done a Migrant Labour Policy and what that policy really is, is legislation, regulations and documents from Labour, Health, the Environment [and] Immigration…pulled into what should be one convenient document…

“The idea [is] that employers, who apply to bring migrant workers into this country, as well as the workers themselves…, would have this document so that they understand what they are entitled to,” the Labour Minister stated.

With regard to legislation to support workplace wellness for all employees, Senator Byer Suckoo said that there was a greater push towards the adoption of these practices, with the declaration of the Safety and Health at Work Act (SHaW Act).

“We know that the proclamation of that [Act] now means that the Labour Department has more work on its plate in terms of inspection, and looking internally at how we can ensure that the law is upheld,” the Labour Minister noted.

The SHaW Act outlines the statutory requirements for the management of safety and health in all work places, and makes provisions for all workers residing in Barbados.