Fifty-eight-year-old Ms. Bourne said she was “very grateful” to the Ministry of Social Care for identifying her and her family as deserving of the new home.

Minister of Social Care, Steven Blackett, while handing over the keys, stated that his Ministry was “pleased to be again delivering to one of our citizens a housing solution, out of the Ministry of Social Care through PARP”.

He described the programme as “far reaching and impactful”, and explained that it targeted families or households whose homes had fallen into disrepair, or for whom rebuilding their homes would be an “impossible task”.

He said he was approached by fellow Member of Parliament, Dr. Denis Lowe, who identified Ms. Bourne as “a deserving recipient of our generosity in the Ministry of Social Care” and was happy to come to her assistance.

Mr. Blackett told Ms. Bourne: “I did not see the house before it was rebuilt, but I understand it was in deplorable condition, and I am so happy this morning that we can deliver this house to you, so that you and your family can be more comfortably accommodated…” 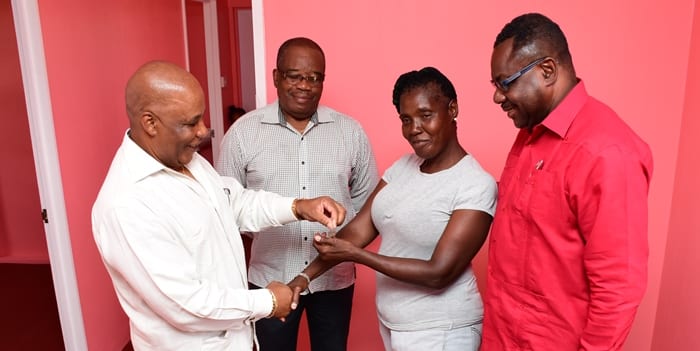 Member of Parliament for Christ Church East, Dr. Denis Lowe, said that it was a “wonderful moment” as the homeowner had been waiting several years for the moment.

“I am sure that many hearts are made glad because of the efforts of the Ministry of Social Care, for providing this well-deserving solution for this family,” he continued.