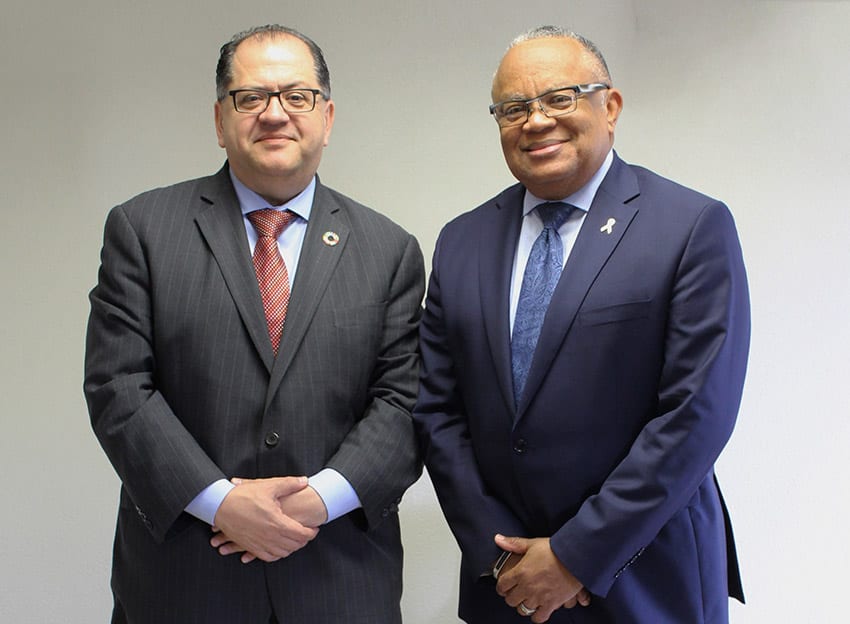 During the meeting, they discussed matters related to the UN Reform, possible implications it may have on Barbados, the vulnerability of small island developing states, and climate change.

Minister Walcott queried whether developmental gains would be affected by the reform, but Mr. Lopez Calva assured him that “UN reform does not mean a weaker UNDP, if anything it will strengthen, make it more agile, more efficient and better.”

The Foreign Affairs Minister thanked Mr. Lopez Calva for the UN’s commitment to Barbados, and stated that government was prepared to continue working with UN agencies.