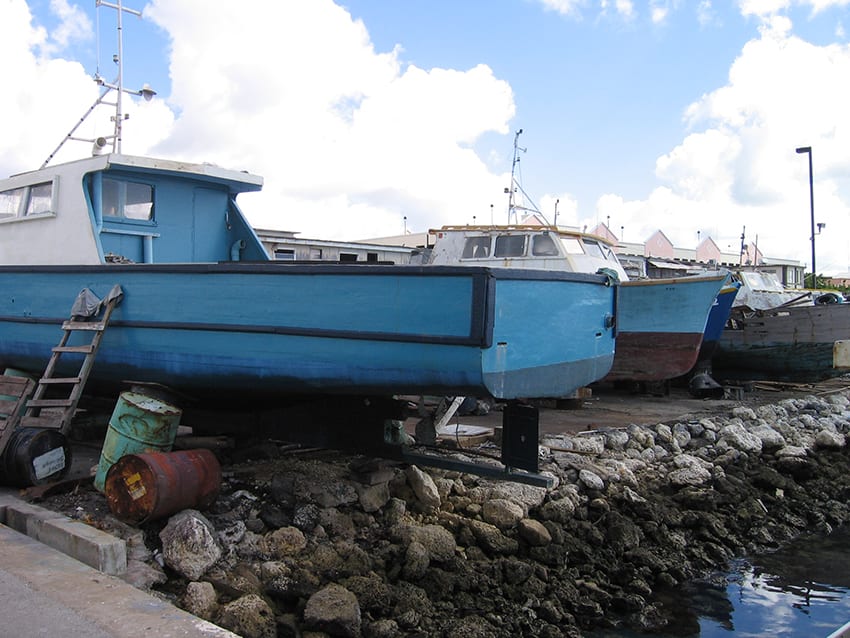 The days of derelict fishing boats taking up space at markets across Barbados are numbered.

Minister of Maritime Affairs and the Blue Economy, Kirk Humphrey, made it clear that the vessels must be removed during a Meet the Minister forum at the Fisheries Division last Saturday.

Mr. Humphrey told the fishermen and boat owners in attendance that he was prepared to go to court if needed in order to have the vessels removed. “I am so serious about the boats because Government has plans for the markets so the boats cannot stay,” he emphasised.

However, the Minister also disclosed that he would be taking the necessary legislation to Parliament so the removal of the vessels would be rooted in law.

Once completed, he said, Government would engage stakeholders in a conversation about the legislation and how it would affect them, as well as when, how and where the vessels would be moved.

Mr. Humphrey noted that at the Bridgetown Fisheries Complex alone there were 45 derelict boats, and the general consensus among the public was that they wanted them removed.

He described those guilty of having derelict boats in the markets as being “unconscionable to their fellow brothers and sisters”. “It is not right. At the end of the day, it is your boat and if you are not using it, and it is taking up space, you need to move it, otherwise we will move it because we cannot continue to have the boats occupy down here,” he maintained.

Chief Fisheries Officer, Stephen Willoughby, noted that a number of fishermen actually lived on their vessels because they had nowhere else to live, while others indicated that they were keeping watch.

However, in response, some of the boat owners lamented that their vessels were left in a state of disrepair because they were unable to access funding to carry out repairs.