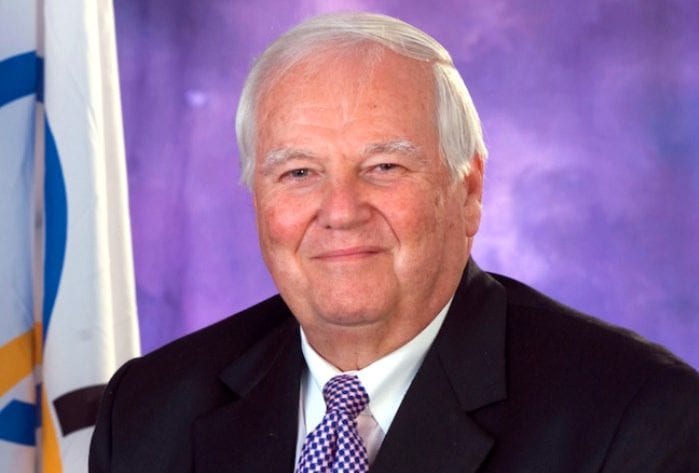 Minister of Culture, Sports and Youth, Stephen Lashley, has lauded the contribution of outgoing President of the Barbados Olympic Association (BOA), Steve Stoute.

Addressing a special lunch held in Mr. Stoute’s honour yesterday at the Ministry’s Sky Mall office, Mr. Lashley thanked Mr. Stoute for his “hard work and dedication to the Olympic movement and the development of sports in Barbados”.

According to the Sports Minister, over the years, Mr. Stoute greatly assisted the Ministry in achieving its mandate, with respect to the development of sports and the youth of Barbados.

He continued: “Steve has made an immense contribution to the development of the youth in Barbados and the region. He has transformed the lives of numerous sportspersons, by facilitating funding, training and opportunities to compete at the highest regional and international competitions.”

He described the outgoing BOA President as also a role model for Barbadian sportspersons, especially administrators, by giving them an example of what they may aspire to achieve with respect to administration.

In response, Mr. Stoute thanked Mr. Lashley and his Ministry and pledged the BOA’s continued cooperation in the development of sports in Barbados.

He then indicated that while he was stepping down from the leadership of the BOA, he would continue to serve as President of the Central American and Caribbean Sports Organization (CACSO) for another two years. By virtue of this role, he explained, he would continue to work closely with Governments, including the Government of Barbados.

One of the Caribbean’s longest-serving Olympic officials, Steve Stoute was elected to the helm of the Barbados Olympic Association in 1996 after serving as Secretary General since 1968. His career in sports administration dates back to 1964, when he was elected General Secretary of the Barbados National Federation for Cycling.

Mr. Stoute was also Chairman of the Caribbean Association of National Olympic Committees (CANOC) from its inception until 2016 when he resigned from that post. He assumed the position of President of CACSO in June 2017 after the death of the organisation’s former President, Dr. Héctor Cardona.