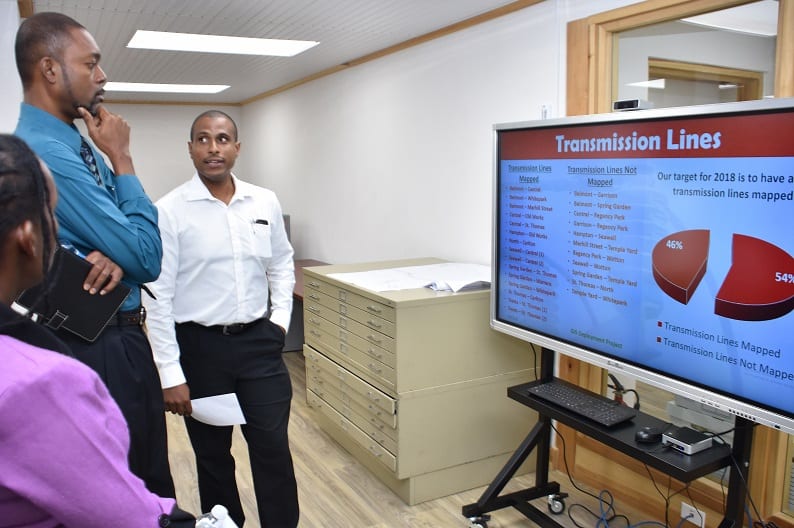 Minister of Labour and Social Partnership Relations, Colin Jordan, believes that he now has a better understanding of how the Barbados Light and Power (BL&P) Company operates. He disclosed this after touring its SCADA room, the generation plant at Spring Garden, and the Solar Plant at Trents, St. Lucy, on Wednesday, August 7.

Minister Jordan, accompanied by Ministry officials and senior management at the company, said: “BL&P is one of the larger employers in Barbados and it was important as Minister responsible for Occupational Safety and Health to see what happens on their ‘factory’ floor, with regards to personal protective equipment; and how staff adhered to safety practices in such a hazardous work environment, as well as to see and hear how such a company mitigates risk and reduces incidents in that environment.”

He also remarked that it was good to observe the many different skill sets within the organisation, such as cleaning, maintenance, operations, field work and computer technology, as well as the possible skills to come to the fore as a result of the solar plant and the green economy.

Mr. Jordan said he was “happy to know that there was a transfer of skills during the building and maintenance of the solar plant and that maintenance was now done by local people”.

The Minister added that he hoped to see Barbadians become competent in the area of coding. “Generally speaking, Barbadians are computer savvy and we have to now go the route of getting people trained in coding, because everything is based on computer programmes,” he said.