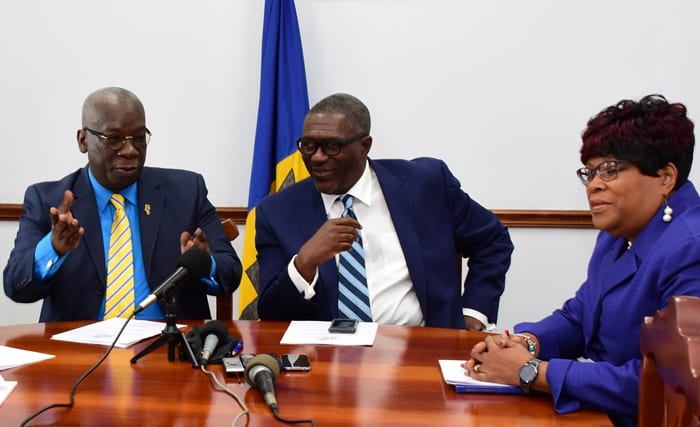 Education Minister Ronald Jones is pleased with the improvements seen in Mathematics in this year’s Barbados Secondary Schools’ Entrance Examination.

Speaking at the Elsie Payne Complex today, he said the National Mean for English was 55, 6.7 per cent more than that for 2016, which stood at 48.3 per cent.

It was further noted that 1,223 (38 per cent) students scored in the range of 70 to 100, representing an almost 10 per cent increase over the previous year.

Mr. Jones further stressed that the four boys and nine girls who scored 100 per cent came from across the public and private primary schools.