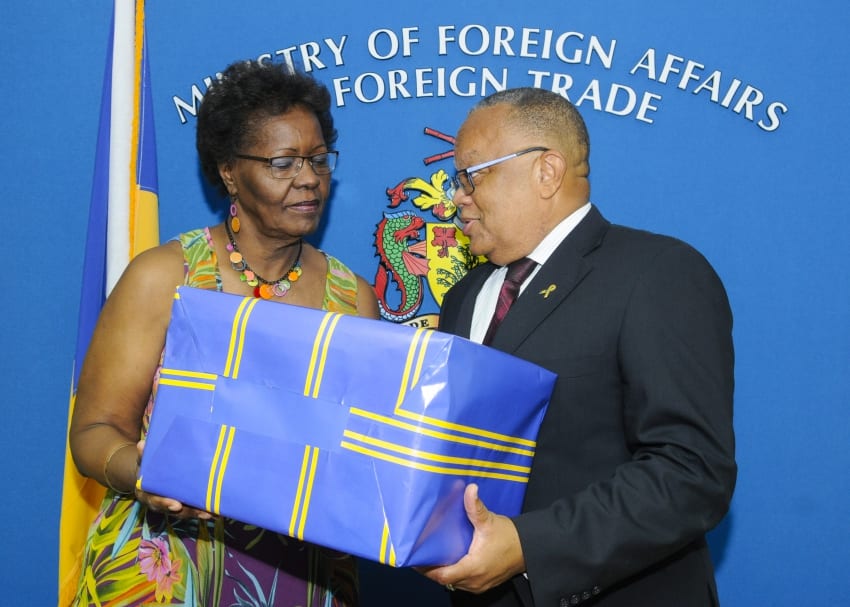 Sheila Wilkinson, a third generation Barbadian from Panama, has been lauded by Minister of Foreign Affairs and Foreign Trade, Senator Dr. Jerome Walcott for her efforts in strengthening relations between Barbados and Panama.

Minister Walcott expressed appreciation to Mrs. Wilkinson for assistance to Government officials, school groups, artistes and other Barbadian nationals who have visited Panama over the years.

He emphasised that the service that she has provided over the years has strengthened the ties between Panama and Barbados.

Mrs. Wilkinson has attended several editions of the Barbados Network Consultation (BNC) Diaspora Conference. She brought along a number of Panamanians of Barbadian lineage on each visit.

During the 2012 conference, she received the BNC special award for her sterling contribution to Barbados.

Mrs. Wilkinson recently travelled to Barbados on the inaugural Copa Airlines flight on July 17, with 12 family members and friends, many of whom were delighted to visit the birthplace of their Barbadian foreparents.

This is her ninth visit to the birthplace of three of her grandparents, having first visited in 1982.