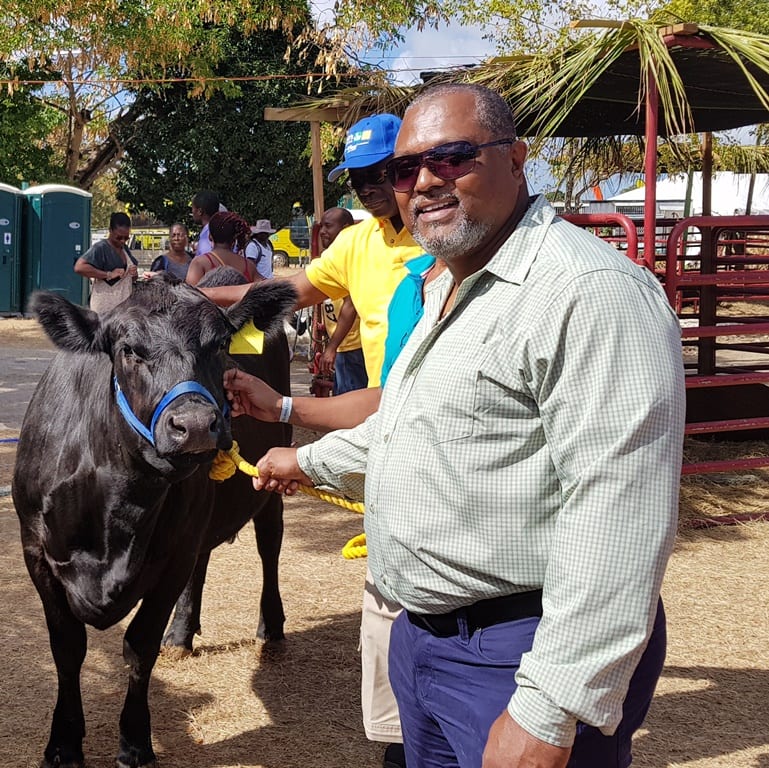 Agriculture Minister, Indar Weir, believes that Government should remove itself from commercial activity in agriculture and focusing its efforts on research and development. (A. Reid/BGIS)

Minister of Agriculture, Indar Weir, has outlined his vision for agriculture in Barbados.

During a tour of the recently concluded Agrofest, held at Queen’s Park, Mr. Weir, stated: “My role…is to make sure that agriculture is no longer seen as that ministry called or described as the ‘Cinderella’ ministry, but as the ministry that will lead the way in the future of Barbados in terms of economic recovery.”

He said his vision for developing agriculture to assist in Barbados’ economic recovery includes “shrinking of [food] imports into Barbados [which will] save foreign currency and the empowerment and enfranchisement of Barbadian people.”

The Agriculture Minister believes that this could be achieved by Government removing itself from commercial activity in agriculture and by focusing its efforts on research and development.  In addition, he said this involved creating a regulatory framework where Government could help farmers develop into successful business people.

He stated: “Over the next five years, plans are to increase the count to over 38,000 heads and continue upward, as well as take full advantage of the value chain in terms of the meat and the skin for leather products.”