Ministry Closer To Discovering The Problem 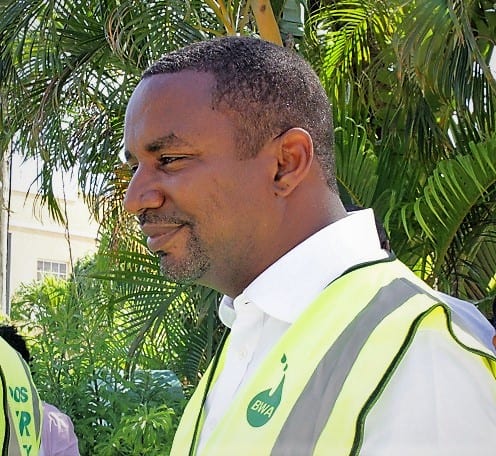 Minister of Energy and Water Resources, Wilfred Abrahams, appealed to members of the public and businesses within the area to ensure proper disposal of their grease and garbage. (FP)

Minister of Energy and Water Resources, Wilfred Abrahams, believes that even though the South Coast Sewage issue is still a national crisis, assessments carried out by the Barbados Water Authority (BWA), other Government Departments as well as private consultants, within the past three months, have brought them closer to determining the problem.

Speaking during a recent press conference, the Minister said the problem could have been avoided with better maintenance at the south coast treatment plant (SCTP) over the last ten years.

According to him, the six wells constructed at a cost of around 3.7 million dollars as a temporary fix to the problem, were, in fact, not injection wells and have failed in assisting the SCTP in managing the flow of the sewage from the plant to the outfall at Worthing beach.

“We are very close to identifying the breaches which appear to be between the Graeme Hall Sanctuary and the old Scotiabank Complex.  But there have been several hindrances to progressing in our assessment; namely the blockages along the sewer line due to such items as grease, towels, plastic bags and container etc.,” the Minister stated.

General Manager of the BWA, Keithroy Halliday, stated: “there are copious amounts of grease and illicit materials … which hampers the process and is costly to fix’”

He appealed to members of the public and businesses within the area to ensure proper disposal of their grease and garbage and to respect the guidelines for disposal of such.

He added that failure to comply with the BWA could result in disconnections.

Minister Abrahams noted that: “there are consequences for your actions” … in an effort to assist with compliancy the public will be educated through programming from the Government Information Service about the options available under the law for disposal of waste.

In further updating the public he stated: “We hope upon completion of the assessment that we can have a ‘no dig’ solution where we can seal the breaches from the inside … but in the event that is not an option, excavation will have to occur but it will be a last option.”

He added that excavation would result in months of traffic diversions on Highway 7, especially between the points of the Graeme Hall Nature Sanctuary and the traffic lights at the bottom of Rendezvous Hill.

“In the meantime, we are in the process of getting an eight-inch outfall which will cost around 2.4 million dollars. This is a temporary fix while we repair the breaches and until we can build another plant or upgrade the existing plant,” said the Minister

With regard to the closure of the beach, he reminded the public that the decision had been taken in the interest of public health and safety, and the stretch of beach from St. Lawrence Gap to the traffic lights at the bottom of Rendezvous Hill would remain closed until the Ministry of Health and Wellness and the Environmental Protection Department give the all clear that it is safe to reopen.

Minister Abrahams also took the time to laud and thank the staff of the BWA for their tireless efforts in working to first get the sewage off the streets; and secondly, their continuous commitment towards assessment and possible solution.