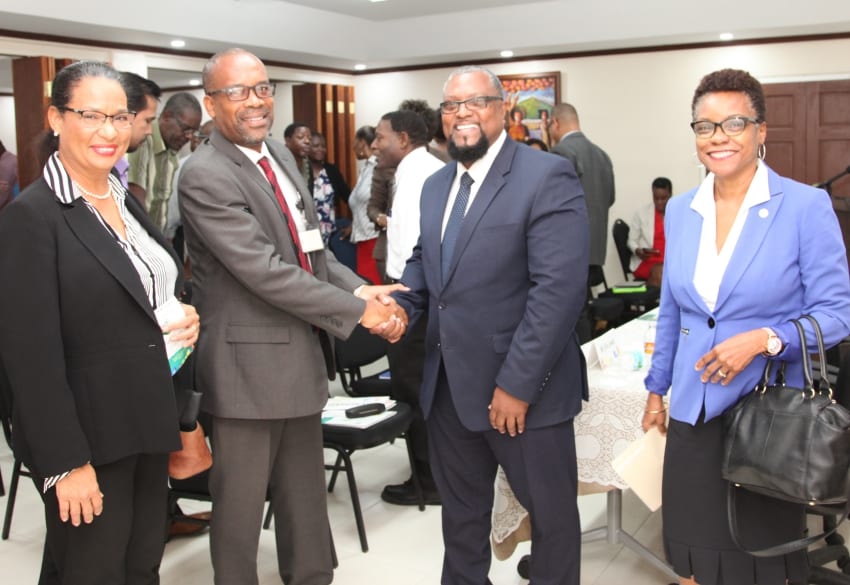 The Caribbean Week of Agriculture (CWA) is of great significance to Barbados and the region.

Minister of Agriculture and Food Security, Indar Weir, made the comment this morning at the Ministry’s headquarters, during the launch of CWA, which will be held under the theme Strengthening Agriculture for a Healthier Future in the Region.

Stating that this was the first time CWA was being held in Barbados since its inception back in 1998, he said: “It gives us a chance to welcome and entertain our Caribbean brothers and sisters in agriculture to Barbados, where we will share information and consult in terms of how we grow agriculture in the Caribbean region.”

He stated that he was keen to sit down with his ministerial counterparts in the region to discuss key topics such as food security, the impact of climate change and the health and wellness of our children with regards to their diet.

Minister Weir also spoke about the economic benefit to be derived from hosting CWA 2018. He said: “It also comes at a time when our economy is at a stage where we need activity to generate that sort of stimulus … and over an eight-day period, over 300 delegates along with exhibitors and journalists will come into Barbados to participate in the week’s activities.”

The Caribbean Week of Agriculture is the Caribbean’s premier regional sectoral conference on Agriculture. It was conceptualised by the Inter-American Institute for Cooperation on Agriculture (IICA), and is hosted annually in alternating CARICOM member states under the aegis of ‘The Alliance’.

The week, which runs from Monday, October 8, to Friday, October 12, will include activities such as a plenary session, workshops, seminars, presentations by FAO, CARDI and IICA, as well as the Ministers’ of Agriculture Organisation of Eastern Caribbean States (OECS) Caucus.

From 10:00 a.m. until 10:00 p.m., on Thursday, October 11, and Friday, October 12, there will be the CWA MarketPlace Trade Show and Exhibition at the Lloyd Erskine Sandiford Centre, which is free to the public.

To date, there have been 14 editions of the CWA. The first CWA was held in Trinidad and Tobago in 1999.  The last edition was held in 2016 in the Cayman Islands.