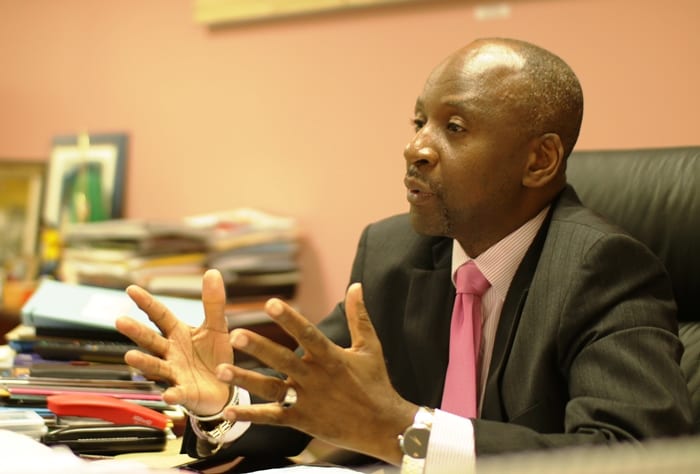 The Ministry of Culture, Sports and Youth is partnering with several organisations to provide aid for Haiti.

During a press conference on Thursday at the Ministry in Sky Mall, Minister Stephen Lashley said that his department was collaborating with the Pan-African Coalition Organisation (PACO) in order to bring relief to Haiti after it was severely hit by Hurricane Matthew.

“We really are extremely sad to see the devastation; we feel that there is need for response that will bring a measure of relief for our sisters and brothers in Haiti…It is going to be very important for Barbados and the rest of the Caribbean to provide a response,” he stated.

Emphasising that the relief effort must be an “ongoing” one, Mr. Lashley told members of the media that there were plans to collect food, water and medical supplies at various locations across the island, including schools, businesses and churches.

Additionally, with deforestation proving to be a challenge in Haiti, the Minister stated that a decision was made to donate trees in order to assist with reforestation efforts.

According to him, some trees would be instrumental in the prevention of land slippage, while others could help to supplement the diets of Haitians or be used for medicinal purposes.

Mr. Lashley also disclosed that his Ministry and PACO were seeking to provide relief in the form of locally-crafted solar cookers. The cookers, fashioned out of easily sourced materials, will initially be created by Adhim Muhammad, a concerned citizen wishing to assist in the efforts.

The Minister added that a concert, entitled: One Love, would be held in February to coincide with Black History Month. He said the event would feature some of Barbados’ best artistic talents and would be an annual event.

Barbados’ Caricom Youth Ambassador, Zwena Perry, stated that her office had engaged various organisations in assisting in a donation drive entitled: The 50 for Haiti Project.

Ms. Perry explained that barrels placed in strategic areas such as A1 Supermarkets and all Massy stores, would be used to collect donations from the public. She added that the CARICOM Youth Ambassadors’ (CYA) office would arrange to transport the donations to Haiti.

Ms. Perry further noted that her office would be hosting a panel discussion on Barbados’ participation in CARICOM, and, in lieu of a monetary contribution, persons would be asked to donate non-perishable food items and personal care items, all of which would go towards relief efforts in Haiti.

The panel discussion, entitled: To Leff or Nah, will take place at The University of the West Indies Cave Hill Campus, on Tuesday, November 22, at 6:30 p.m.

Persons interested in donating a barrel or box may contact the CYA Office via email at cya@barbados.gov.bb, or call the Ministry of Culture, Youth and Sports at 621-2700.