Ministry’s Grounds Not A Thoroughfare 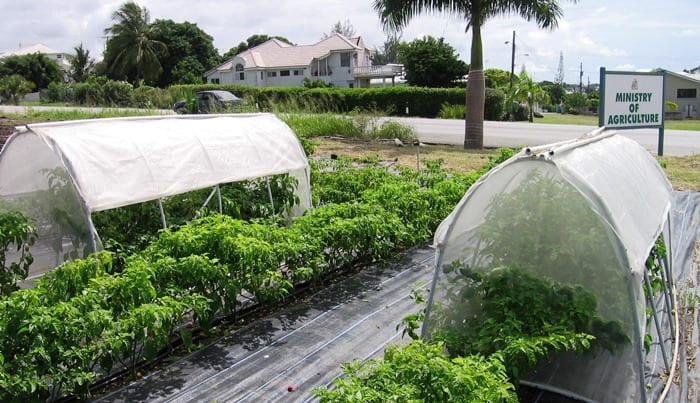 The Ministry of Agriculture, Food, Fisheries and Water Resource Management has reminded the public that its grounds should not be used as a thoroughfare, or as a dumping site.

This reminder came today as the Ministry demolished an illegal structure at its Graeme Hall, Christ Church headquarters.

In a statement, the Ministry explained that the structure was discovered a few weeks ago by officials touring the lands at Graeme Hall. “Enquires revealed that it was an illegal structure which was being used as a skating rink.

“It was agreed at the time that the structure should be removed, and today workmen from the Soil Conservation Unit demolished the structure,” the Ministry stated.

The Ministry also revealed that coconut shells and other types of garbage were discovered dumped on the grounds of the station. “Such illegal activities will not be condoned and persons caught executing such, can and will be prosecuted where the law permits,” it cautioned.

The Ministry added that measures would be implemented to prevent free passage of vehicles through its yard.