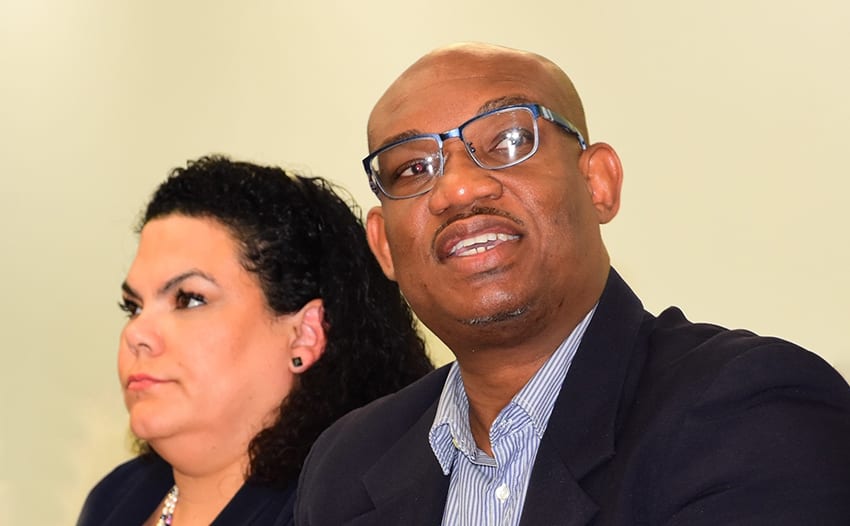 More individuals and businesses from the private sector have stepped forward to donate additional water tanks to the Barbados Water Authority (BWA).

This follows the removal and/or disconnection and draining of the community tanks in some water scarce districts by Innotech Utilities Inc. on Tuesday, December 11, after the Authority was not able to make all of the lease payments under its contract arrangement with the company.

However, members from corporate Barbados who called the move “unpatriotic”, as well as private citizens from at home and abroad have come to the BWA’s assistance by pledging and donating tanks as well other materials for the bases of the tanks.

Additionally, an account has been set up in the BWA’s name at Republic Bank for individuals to make cash donations towards the replacement of all 104 community tanks owned by Innotech.

The BWA’s General Manager, Keithroy Halliday, said the outpouring of support within the last 24 to 48 hours had been so overwhelming that there was a need to set up the account.

“We are extremely happy and grateful. In fact, we are overwhelmed by the support we have had to date from all of Barbados, particularly corporate Barbados, who have been rather generous in donating whether it is tanks, cement, labour, fittings, cash or whatever the case maybe.

“We are so overwhelmed that we were forced to create an account at the Republic Bank [called] The Barbados Water Authority Water Tank Account.  The number is 058050402227.  We ask, for reconciliation purposes, that you note your name and contact number on the slip because we would like to get in contact with you to express our thanks.  If it is other than cash, contact us directly at 434-4200 and ask for Yvette Griffith-Harris,” he said, during a briefing at the BWA’s headquarters, Pine, St. Michael.

He disclosed that the Barbados Water Authority now faced a monthly deficit of about $10.3 million.  Additionally, he said the BWA had a “lease plus” arrangement with its landlords, Innotech Inc. It has two components – a lease/rental figure of BDS $701,000 a month, in addition to a service charge of between BDS $230,000 – $250,000 monthly. The lease plus arrangement is for 15 years – two of which had already lapsed. 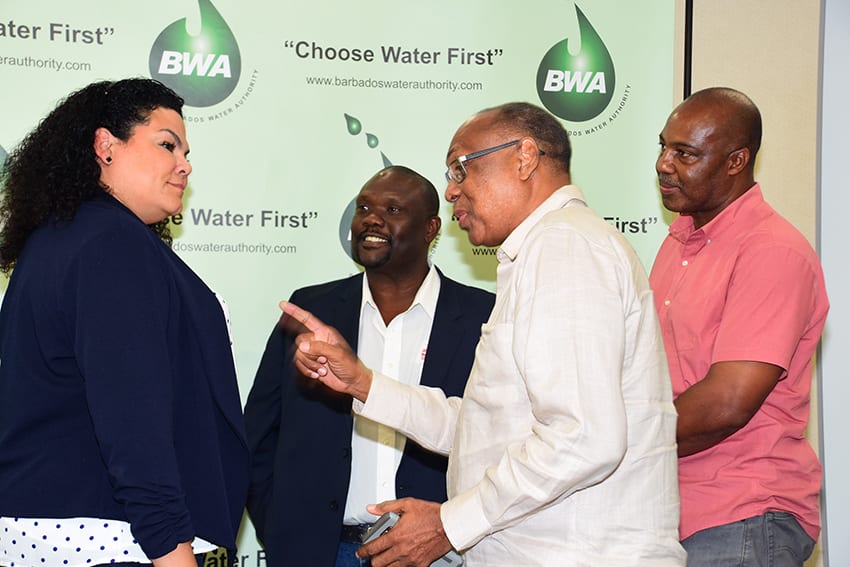 The General Manager told reporters and members of the business community who were present that the Authority had engaged in a number of contracts over the years, some which were positive and others which were “somewhat negative”.

“This [predicament] is as a result of a number of contracts which we find to be very challenging and which we have over the months been trying to move away from and negotiate a position that allows all parties to benefit going forward.  One of the contracts we would have engaged in recently would’ve been that of the community tanks and this would’ve been signed or agreed to in October 2015. It was the engagement and deployment of about 100 tanks, some 2,000 gallon tanks as well as a couple of 1,000 gallon and 3,000 gallon tanks. This was all to be established under the Rapid Response Unit,” he explained.

“Given the challenges the BWA has had and given the fact that we had to take several hard decisions, one of the areas that would’ve been impacted would’ve been the Innotech Equipment Inc., where we were not able to meet all of the timely payments to the contract, in respect of services delivered and in this instance for the community tanks,” he added.

Mr. Halliday further noted that the tanks, which were leased from Innotech at a cost of approximately $51,000 a month under a five-year contract, had become part of the Barbadian landscape and formed part of the Authority’s delivery of service and business operations.

He said the tanks augmented the water supply, not only in terms of outages, but also when there were severe events which hindered BWA’s personnel from reaching certain districts in a “specified period of time”.

The BWA General Manager said it was “disheartening” that Innotech had removed some of the tanks so close to Christmas, when water was traditionally in high demand and children were at home from school for the Christmas break. However, he said that he expected all of the tanks to be replaced through donations from corporate Barbados, as well as private citizens.