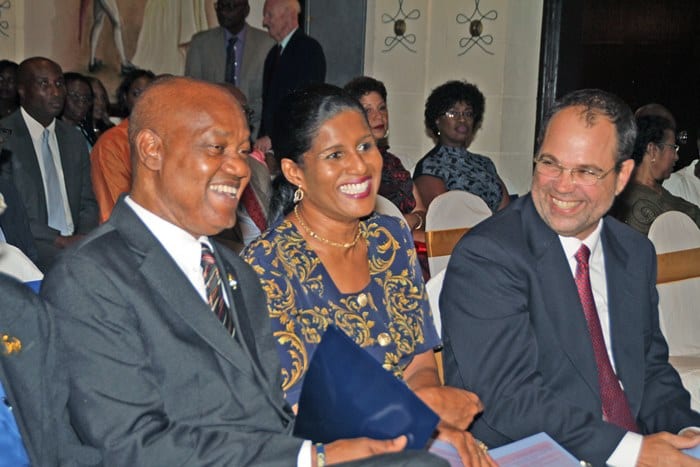 The Ministry of Labour will be enforcing existing laws and developing legislation to support Government’s drive towards social equality and improved working conditions.

Minister of Labour, Social Security and Human Resource Development, Senator Dr. Esther Byer Suckoo, made this disclosure on Thursday evening, during the opening ceremony of the Congress of Trade Unions and Staff Associations of Barbados’ (CTUSAB) 11th Biennial Delegates’ Conference at the Savannah Beach Hotel.

Dr. Byer Suckoo stated: “The Ministry… will promote social equality and justice through the application of our labour laws, such as the Employment Rights Act and the development other important laws such as the Sexual Harassment Act.

She said that CTUSAB continued to play a vital role in Government’s focus on promoting social equality and decent labour conditions for all workers, combatting discrimination, championing the cause for decent work and other issues. In these matters, Minister Byer Suckoo pointed out that the organisation’s input has been “valuable”.

“There are issues on the agenda of our Social Partnership and our subcommittee for us not only to discuss, or continue discussing, but to solve. We are dealing with efficiency, facilitation, productivity, health and wellness, environmental issues, including the green economy and clean up campaigns; employment; especially employment of youth and disabled persons,” she indicated.

CTUSAB’s 11th Biennial Delegates’ Conference was held to commemorate the Congress’ 21st year as the umbrella body for trade unions in Barbados, as well as to recognise its role and accomplishments in the social and economic development of the island.