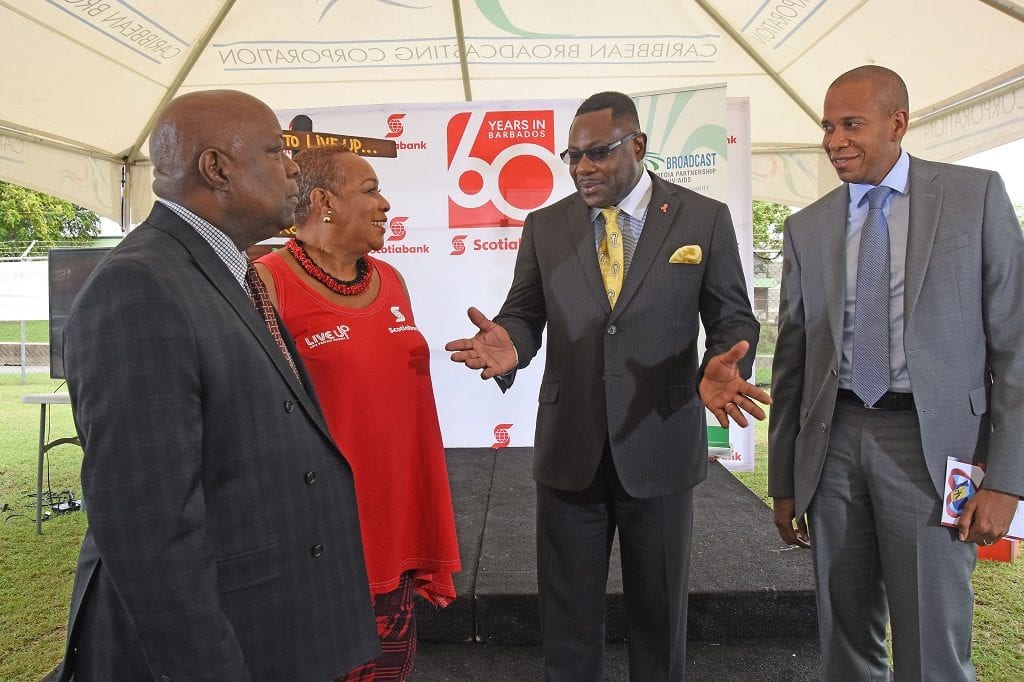 “The fight is not over but an AIDS-free generation is in our grasp.”

Minister of Social Care, Steve Blackett, made this declaration this morning, when he delivered his statement of commitment at the official ceremony for Regional Testing Day 2016, in the courtyard of the Caribbean Broadcasting Corporation, The Pine, St. Michael.

Mr. Blackett explained that since the inception of Regional Testing Day in 2008, it has grown from six to 21 countries, with some 70,000 persons across the region getting tested and knowing their HIV status.

However, while he applauded this progress, the Minister disclosed that many persons were “still reluctant” to get tested and know their HIV status, which he attributed to social factors.

Mr. Blackett stated: “We must relentlessly address the social and economic determinants that affect transmission – through poverty alleviation, equity, social justice, as well as a basic respect for human dignity.

“Moreover, fear and a lack of understanding about the illness continue to fuel stigma and discrimination against people living with HIV and other key populations, and this severely hampers efforts to reach vulnerable groups with testing and other critical HIV services.”

The Social Care Minister said it was regrettable that 40 years after the discovery of HIV, the world had made “so little progress” in eliminating HIV-related stigma and discrimination.

He then reiterated the need to “make the invisible visible” by discussing these issues not only on the national level, but also in homes and communities around the region, to ensure greater awareness of testing, treatment and care.

Regional Testing Day was conceptualised by the Caribbean Broadcast Media Partnership on HIV and AIDS, the Pan Caribbean Partnership Against HIV and AIDS and Scotia Bank, to mobilise numbers for testing and help the region reach the UNAIDS’ 90-90-90 target.