Most Schools Should Be Ready For New Term 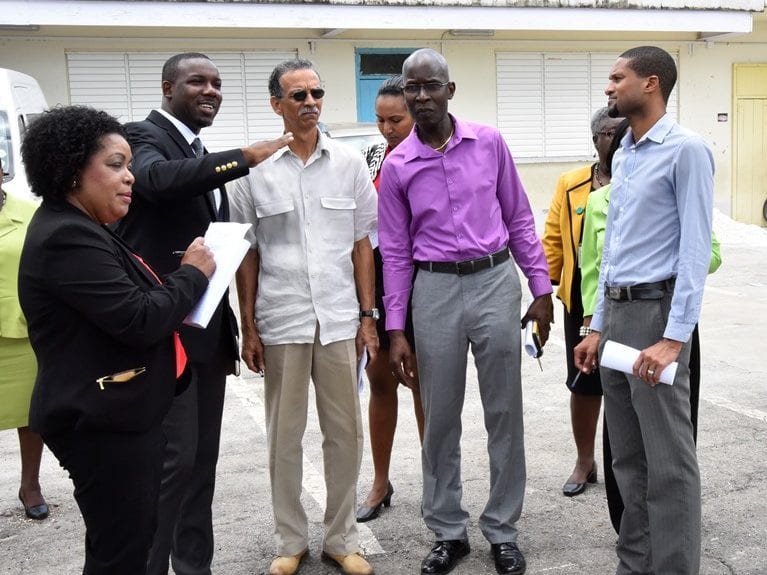 Most of the island’s schools should be ready to open their doors to students at the start of the new school term.  However, Eagle Hall Primary will not be among those ready come September.

Following a tour of a number of primary schools today by Acting Minister of Education, Technological and Vocational Training, Senator Lucille Moe; Parliamentary Secretary, Dr. Romel Springer; Permanent Secretary, Janet Phillips; Chief Education Officer, Karen Best and other education officials to assess the progress of repairs being carried out, it was deemed that most of the schools should be ready when school opens on Monday, September 10.

“Some of the schools are almost ready; they still have some way to go. I think the contractors are trying to complete what is left outstanding. Certainly, money is always a concern and Government is trying to ensure they can provide the funding to the contractors so that they can get the jobs completed,” Senator Moe stated.

However, she explained that the extent of the refurbishments being conducted at Eagle Primary School may make it impossible for that institution to welcome students in time for the start of the term.

“The time frame and the amount of work left to be done may not allow those schools to be ready in time. We have to wait a little longer and see how far within the next two weeks the contractors are able to get [in completing] the work. Certainly Eagle Hall [Primary] will be one of those schools and so we will be monitoring that situation closely to see if we will be able to make any kind of adjustments in regard to that situation. Whatever money that has been made available for this refurbishment we will ensure it is provided to the contractors so they can complete the work,” the Minister added, noting that some schools needed more work than others.

Ms. Moe disclosed that some of the refurbishments being carried out include the replacement of tiles, windows and counter tops; repairs to roofs and ceilings; and the treatment and removal of mould from some of the school plants, which was due to where some of the schools were located. She observed that most of the problems could be rectified with proper maintenance.

Stating that she was pleased with the overall progress of the work being done, the Acting Education Minister urged pupils to take care of their school when they returned in September.

“I would say to students that it is their school and to be proud of their school and to make sure the environments they will find themselves in every day are maintained to an acceptable standard. I would also like to appeal to the parents to speak to their children at home and ensure that they impress on them the need for them to take care of their schools and [have] pride in their surroundings,” she emphasised.