MSMEs To Benefit From Grant Scheme 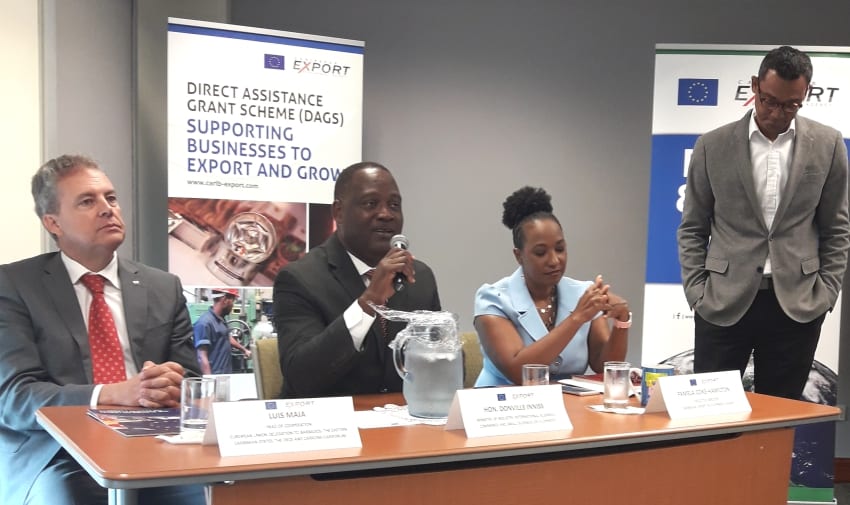 The scheme, which comes under the 11th EDF Regional Private Sector Development Programme, was launched today at Baobab Tower, and was hailed by the Minister as “innovative financing” critical to supporting growth and development of MSMEs within and outside the region.

Minister Inniss said: “It is my understanding that in an environment where access to finance has been identified globally as one of the most critical challenges to business growth and development, DAGS has been positioned to lend targeted support to those established businesses with strong export potential, thereby facilitating the enhancement of their contribution to regional economic development.”

He also opined that going forward, the focus of access both to capital and market interventions must primarily be on promoting global enterprise competitiveness among those MSMEs that fall within identified special development sectors of the region.

Stressing that this was very critical, the Minister added that business support organisations could not do everything for everyone and islands in the region had to determine priority areas and make strategic investments in them.

“This must be so given the limited financial resources we are able to attract as a region, sometimes as a result of the current realities of our own doings. This being the case, there is therefore greater need for both programme and institutional consolidation to guide our efforts at export promotion and facilitation,” the Minister stated.

Executive Director of Caribbean Export, Pamela Coke-Hamilton, noted that DAGS was one of the agency’s most direct ways of providing support to the CARIFORUM private sector.

Explaining further, she said: “The reimbursable grant fund facility is designed to provide financial assistance to companies that are exporting or have the potential to export. Companies have previously used the grants to, inter alia, update their equipment; meet international standards for food safety and other areas; participate in international trade shows; improve their packaging and branding; and to protect their intellectual property,” 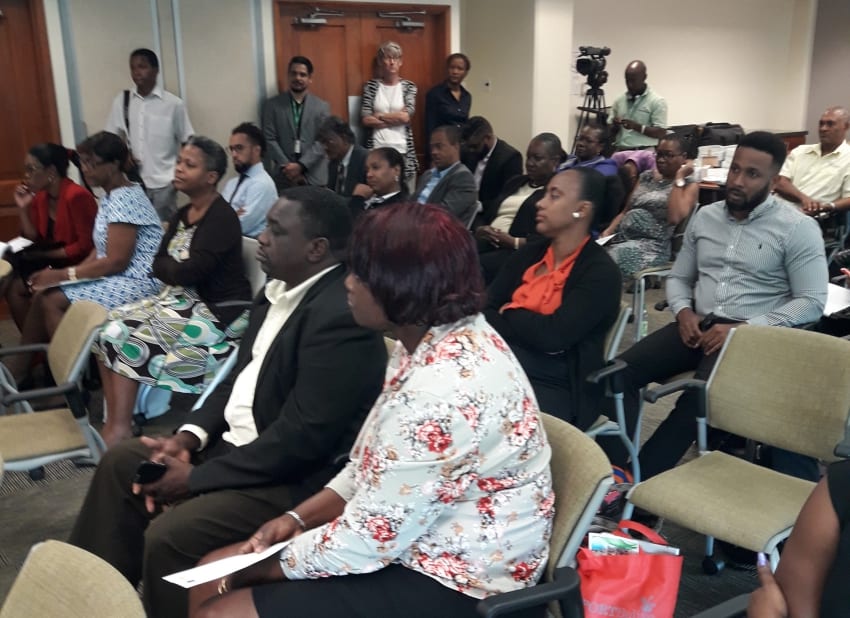 While outlining the new requirements of the fund, Mrs. Coke-Hamilton said under the previous 10th EDF, DAGS offered two facilities of funding, namely the Regular Procedures with a maximum of EUR 30,000 and the Accelerated Procedures where companies could have received up to EUR 5,000. However, with the revised DAGS programme, the ceiling has been raised to EUR 50,000 with a minimum grant amount of EUR 10,000.

Extolling the success of the scheme under the 10th EDF, which spanned the period 2011-2016, the Executive Director said it provided grant funding to 282 beneficiaries from all CARIFORUM States, amounting to EUR 5.7 million.  The majority of these grant awardees came from the agro-processing and manufacturing sectors (31 per cent and 30 per cent respectively).

She added: “Following an assessment of the DAGS beneficiaries, 42 per cent of firms surveyed reported that as a result of the grants, they had seen an increase in the export levels, which they estimated to be valued at US $4.9 million. Firms were able to expand their exports to new markets in the Caribbean, Europe, North America, Latin America, Asia/Pacific, and Africa.  Additionally, news jobs were created both within these firms and in supportive industries, following the successful implementation of their respective DAGS-funded projects.”

The Executive Director also expressed satisfaction with the companies that benefited, acknowledging they had grown and become major contributors to regional development. Listed among those beneficiaries were, from Barbados, Banks Breweries Limited, Blue Waters Productions (specialising in film), Soothing Touch Da Spa and Talma Mill Studios, which provides architectural service.