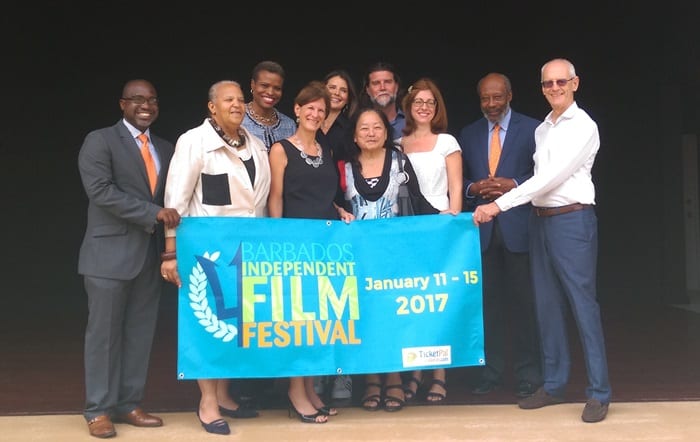 The Barbados Museum and Historical Society (BMHS) new Walled Garden Theatre will be the venue for the opening gala of the inaugural Barbados Independent Film Festival, next Wednesday, January 11.

Director of the Barbados Museum and Historical Society, Alissandra Cummins, made this disclosure at a press conference to launch the film festival on Thursday at the Museum’s Historic Garrison site.

Ms. Cummins noted that the idea for the theatre came 10 years ago from President of the BMHS, Dr. Trevor Carmichael, and added that the facility would be used particularly with young people in mind.

“What this theatre means for us on a day-to-day basis is that we will be able to generate more programming, particularly with youth. They want to do things that are not just walking through galleries in the museum but they want to [make] things happen,” she explained.

Highlighting the Museum’s Torchlight tours, which include several theatrical elements, the Director stated that with the new theatre, the Museum expects to encourage more activities of a similar kind”.

The soon-to-be opened “black box” theatre can host theatre, dance and music presentations as well as film screenings, and can accommodate up to 250 spectators.

The Barbados Independent Film Festival will highlight the works of local and international filmmakers, and will run until Sunday, January 15. For more information on the film festival and to view the schedule please follow the link https://barbadosfilmfest.org/schedule/.