National Consultation On Society To Continue 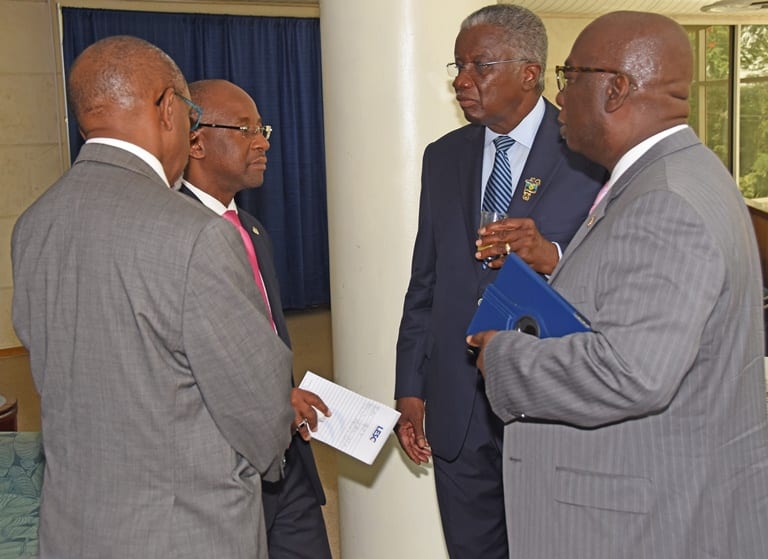 A second day will be set aside to continue the National Societal Consultation.

This disclosure has come from Minister of Culture, Sports and Youth, Stephen Lashley, who said that after a full day’s session which brought together a wide cross section of Barbadians, including Government, Opposition, NGOs, community groups, the Church, and youth organisations, there was consensus that at least another day was needed to continue talks.

Mr. Lashley, whose Ministry had lead responsibility for the consultation in collaboration with the Ministry of Social Care, said: “I signalled at the end of the well-attended consultation that a second day will be set aside as requested by those attending. This would be in addition to the three community town hall style consultations which are planned.

“In planning for day two of the consultation, the feedback received from the participants attending day one will be factored in to ensure that issues already flagged can be further explored and dissected, with a view to finalising a priority list of key recommendations to be considered by the Cabinet, along with input from the community town hall meetings. The wider society will be reached through live streaming, thus providing opportunities for interested persons to make their input online.”

The Minister noted that the discussions were very engaging and revolved around many of the issues facing the Barbadian society, as revealed by persons attending the session.

Mr. Lashley described the deliberations as “riveting”, and made reference to a panel discussion involving various young people that stirred the packed hall at the Lloyd Erskine Sandiford Centre.

“This session brought out many of the issues impacting communities including the need to empower communities, institute prison reform, empower at-risk youth through employment initiatives, build relationships with communities, devise strategies to reach youth at an early age, introduce bible studies in schools, and create more awareness of Government training and assistance programmes,” he said.

He also disclosed that the young people attending the consultation had asked for their own youth assembly, which he said could run alongside other sessions when the national consultation reconvenes.

Mr. Lashley complimented those who attended the meeting for their significant input and said participants were now looking forward to the follow-up sessions.