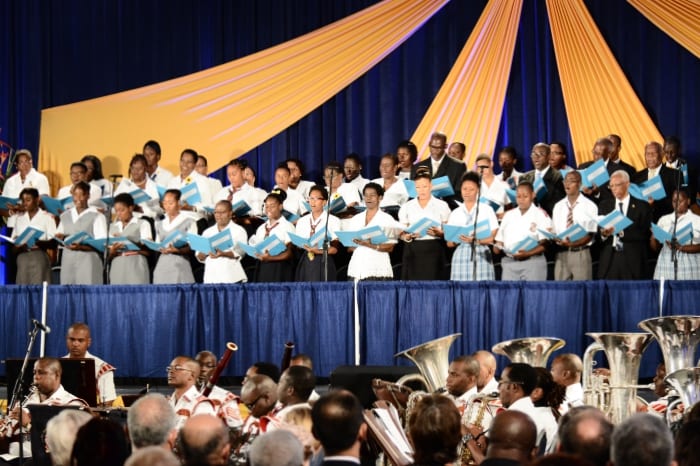 This year’s National Independence Service, one of the highlights of the country’s 51st Anniversary of Independence celebrations, will take place this Sunday, November 26, at the Lloyd Erskine Sandiford Centre (LESC) under the theme: Excellence in Citizenship – Ensuring Hope for the Youth.

Acting Governor General, Sir Philip Greaves; Prime Minister, Freundel Stuart; Chief Justice, Sir Marston Gibson; Opposition Leader, Mia Motley; members of the Diplomatic Corps; other dignitaries and members of the public are expected to attend the service, which gets under way at 4:00 p.m.

Admission for the public is free and no tickets are required. The Royal Barbados Police Force Band and the Community Mass Choir, as well as the Salvation Army Youth Chorale, will be featured during the service, which will be carried live on the Caribbean Broadcasting Corporation.

Between 1:45 and 4:30 p.m. on that day, there will be an increase in the bus service leaving the Fairchild Street bus terminal and travelling past the LESC. Parking will be allowed at the LESC, Sky Mall and the former Barbados Hardware car park at Haggatt Hall, St. Michael

At the end of the service, buses will be provided to return those who attended the service to Bridgetown.