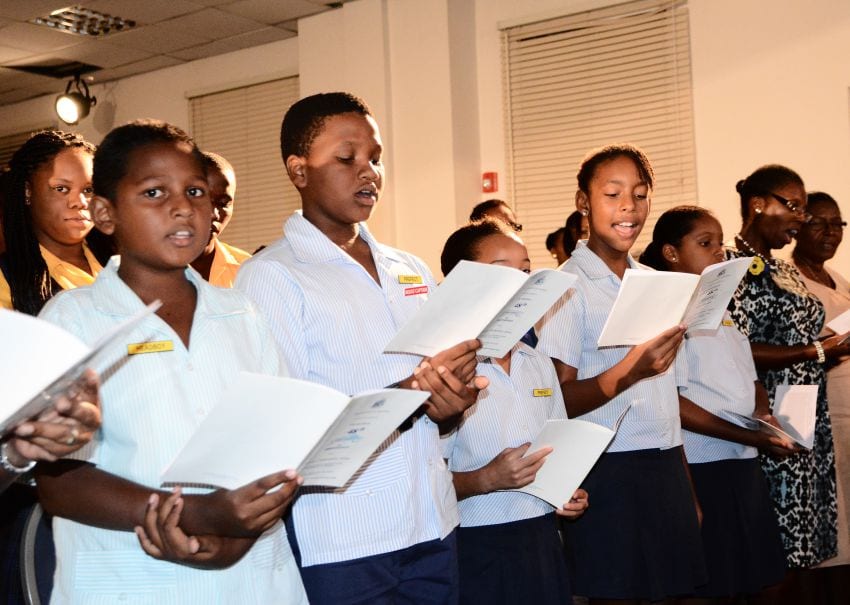 The National Independence Service of Thanksgiving, which is expected to be one of the highlights of Barbados’ 52nd anniversary of Independence celebrations will be held this Sunday, November 18, at the Wildey Gymnasium, under the theme Building Together- One Barbados.

Governor General, Dame Sandra Mason; Prime Minister, Mia Amor Mottley; Chief Justice, Sir Marston Gibson; Cabinet Ministers; other Members of Parliament; members of the diplomatic corps; representatives of the private and public sectors, the Social Partnership, other dignitaries and members of the general public are expected to be present for the 3:00 p.m. service.

No tickets are required for entry to the service which will feature performances by Pastor John Yarde, The Royal Diadems and the Choir for the National Independence Service of Thanksgiving.

Persons attending the service are advised that there will be an increase in the number of buses plying the Edey Village route from the Fairchild Street Bus Terminal, which will take patrons to the Gymnasium.

Meanwhile, two other major events forming part this country’s Independence celebrations are also scheduled for this weekend. The Spirit of the Nation Show which takes place on Saturday, November 17, at 6:00 p.m. and the NIFCA Gala will be held following Sunday’s church service, and begins at 6:00 p.m. Both shows will be held at the at the Wildey Gymnasium.