A Call To Strengthening Linkages 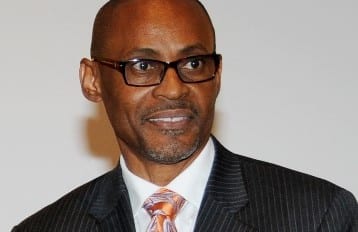 The strengthening of linkages between the University, other educational institutions and industry is being recommended if Barbados is to improve its innovation input.

Acting Director of the National Council on Science & Technology (NCST) Charles Cyrus suggested this today as he addressed the start of the Third Biennial Science &Technology Symposium, staged by his organisation, at the Lloyd Erskine Sandiford Centre (LESC).

Noting that innovation took place mostly at the firm (corporation) level whereas Research & Development (R&D) occurred more often at universities and public institutions, he said this was true for developing countries.

Explaining that technologies and knowledge had to be disseminated and used for finding solutions to existing problems, Mr. Cyrus pointed out that a country’s technological capabilities were determined in part by its innovation system.

“It aids the country in meeting its developmental challenges and adds value to the economy. Promotion of Innovation in Barbados therefore requires that it strengthens its  national innovation system; a linkage system of private and public sector institutions, regulatory laws, private individuals and interactions between these various actors,” said the Acting Director.

Those gathered at the event also heard that one of the ways rewards were reaped from scientific R&D was through technological innovators and advanced knowledge and it was for this reason the NCST was hosting the symposium. He stressed it provided the opportunity for scientists and technologists, to highlight their work and demonstrate its link to development.

Mr. Cyrus pointed out that by hosting the symposium, the NCST was also seeking to bridge the knowledge gap between scientists, technologists and members of the general public.

He added that the “Speak-Off” competition, planned for tomorrow at the same venue, recognised the importance of building capacity in Science Technology and Innovation (STI) at the secondary level of the education system, which formed part of the national innovation system.

The aim, he explained, was to encourage desk-based research by science students as well as to improve their oral presentation skills.

“These students are the ones who will be our future scientists and technologists; it is important for them to feel comfortable with learning and being part of STEM-based activities that will build their confidence and expand their scientific awareness,” he said.

The theme of the conference and the “Speak-Off” competition is: Fostering Innovation through Research in Science & Technology.