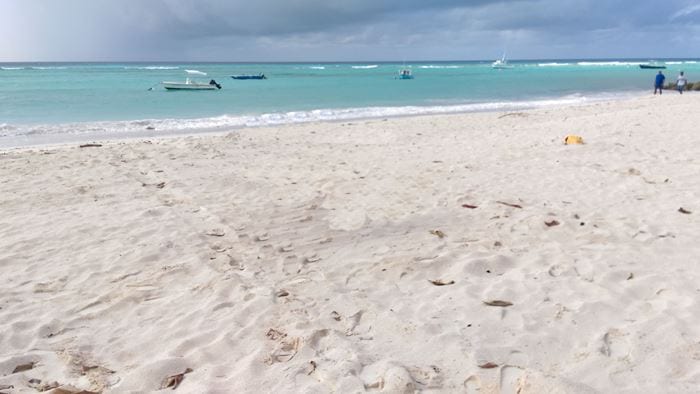 The results of special sampling conducted by the Environmental Protection Department (EPD) at south coast beaches from Amaryllis to Worthing, Christ Church, indicate that they are safe for recreational use.

According to a statement released today, all of the beaches assessed between December last year and January this year met the United States Environmental Protection Agency’s (USEPA) criterion for the indicator organisms, Enterococci and Faecal Coliform. The beaches also met the World Health Organization’s “A” standard with the exception of the Board Walk, which met the “B” standard.

The EPD revealed, however, that given the nature of the discharges on the south coast and the potential public health issues, it has advised the National Conservation Commission to erect red flags as a public health precautionary measure from the Hastings Rocks beach facility, to the first headland immediately east of the facility. It has further advised that red flags be erected at Worthing Beach immediately after the release of water from the Graeme Hall Swamp.

Red flags indicate that there may be a health or safety hazard present and persons should avoid swimming and other marine water contact activities in the area until they are removed.

The EPD, a department in the Ministry of Environment and Drainage, monitors west and south coast beaches on a weekly basis to ensure that bathing waters are safe for recreational use.

Samples are analysed at the Best-dos Santos Public Health Laboratory for the presence of Enterococci and Faecal Coliform. The statement noted that these indicator organisms were not pathogens and therefore did not cause diseases. Their presence in the marine environment, however, are an indication of faecal contamination and the possibility of the presence of pathogens.

In response to reports of overflows from the sewerage system on Highway 7, in addition to its routine sampling of beaches at Amaryllis, Accra and Worthing, the EPD has introduced “extraordinary sampling” at four other sites – two areas along the Richard Haynes Board Walk and two areas at Sandy Beach.

The water quality results from the EPD’s routine monitoring programme are assessed against the United States Environmental Protection Agency’s Recreational Water Quality Criteria for marine waters, which were adopted for local use. On this occasion, the results were further assessed against criteria for Enterococci in marine waters from Canada, the World Health Organization and the European Union (EU).

During the round of special sampling conducted between December last year and January this year, all the beaches met the EU standards for excellent water quality and the Canadian standard of 35 CFU (Colony Forming Units)/100 ml. Out of a total of 84 samples, only two exceeded the Canadian Single Sample Maximum (SSM) of 70 CFU/100 ml.