Never Too Early To Think About A Career 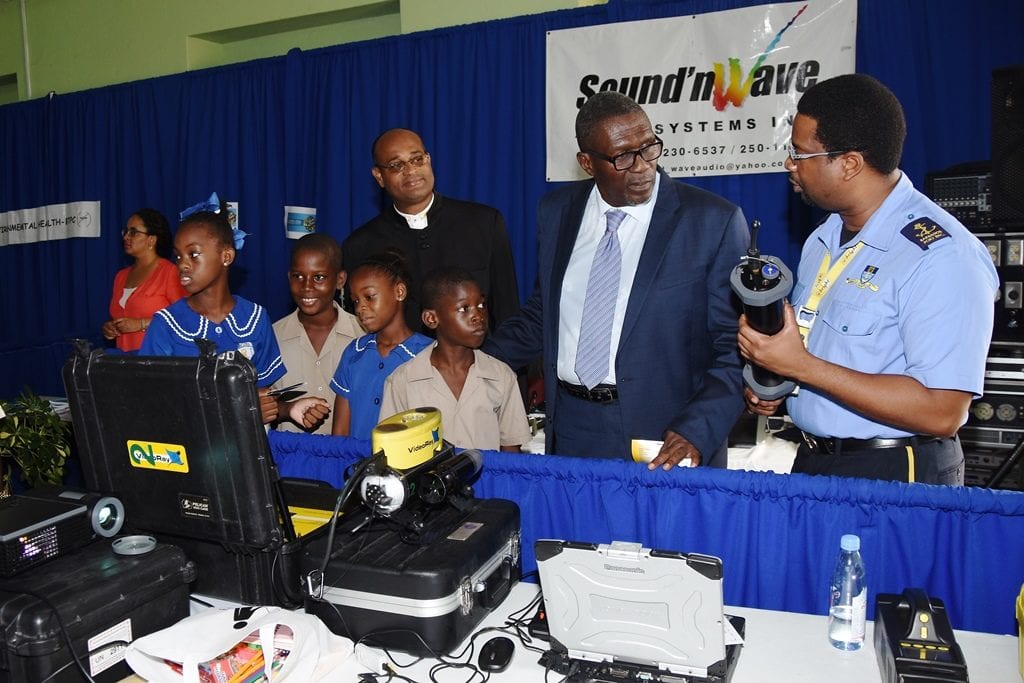 Senator Harry Husbands; Minister of State in the Office of the Prime Minister, Senator Patrick Todd and Wesley Hall Junior students visiting the display both of the Barbados Port Authority at today’s Career Showcase. (C.Pitt/BGIS)

It is never too early to think about a career, says Parliamentary Secretary in the Ministry of Education, Science, Technology and Innovation, Senator Harcourt Husbands.

Addressing the Careers Showcase at his alma mater, Wesley Hall Junior School, Senator Husbands said those in Class Four had to think now about what they wanted to do when they left school.

“Maybe your mind may change a little later but certainly at this stage it is never too early to be thinking about what you want to do when you leave school because those years are going to fly by extremely quickly,” he advised.

Pointing out that it would not be easy to choose a career, Senator Husbands noted that opportunities existed not only in Barbados but regionally and worldwide.

Adding that it took hard work to seize these opportunities, he urged the students and their visiting peers from St. Ambrose and Eagles Academy to remember most of the careers on display would require Science and Mathematics, and to therefore pay special attention to these subjects in secondary school. He also reminded those intending to seize opportunities outside, that there was a need to learn a foreign language.

Meanwhile, Principal Herbert Gittens said the aim of the Careers Showcase was to mould students into well-rounded individuals who would be able to function wherever they went in the world.

The event was held under the theme: Pride and Industry: Productivity Is Everyone’s Responsibility. Among the exhibits were careers from the Royal Barbados Police Force, Invest Barbados, the Media Resource Department, the Nation Publishing Co. Ltd, Barbados Water Authority and the Barbados Port Authority.