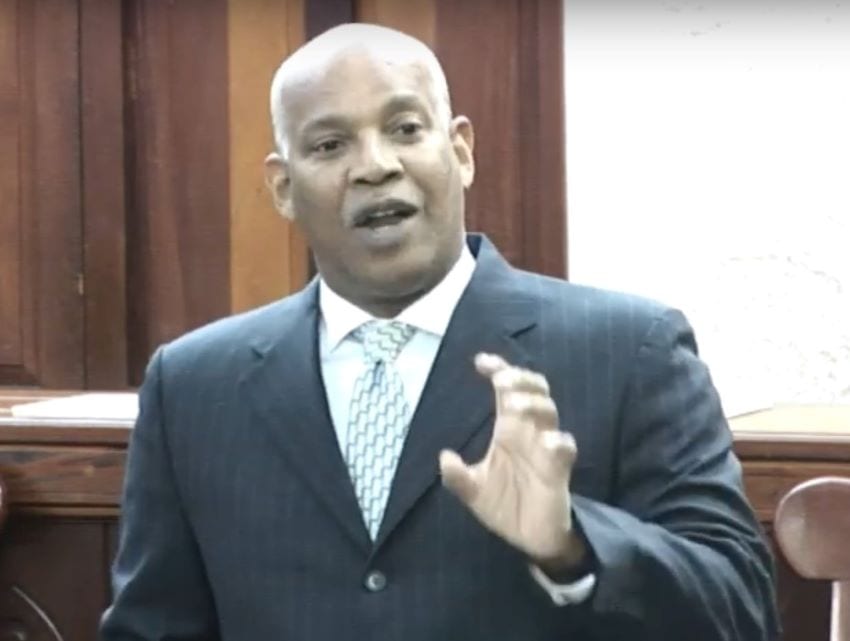 Attorney General and Minister of Home Affairs, Dale Marshall speaking in the House of Assembly on the Bail (Amendment) Bill 2019, (GP)

Persons charged with murder or serious firearm offences will now face 24 months on remand before qualifying for bail.

This comes as the House of Assembly and Senate both passed the Bail (Amendment) Bill 2019, which now makes it more difficult for persons facing such charges to qualify for bail.

During that time, he said, there should be no good reason why an indictable trial should not be able to start considering the resources that were being put in place.

He added that government will not be tolerating a situation where cases continued to “drag on and on”. “That circumstance will not obtain. Within 24 months you will either be free or serving time; one or the other,” he stated.

However, the Attorney General further explained that the court would also be able to exercise its discretion in granting bail to persons accused of murder and with firearm offences under specific conditions.

These include instances where the court is of the view that the evidence against the accused is weak and where self-defence can be proven.

Another change to the Bail Act will see bail applications being heard no fewer than 72 hours after they have been served on the DPP.

“That is to give the Director of Public Prosecutions the opportunity to find out the factual matrix of the case; what are the individual’s antecedents, what are his associations, where does the police stand; so the DPP can be the gatekeeper and object to bail if need be,” Mr. Marshall said.

The Minister acknowledged that the changes to the Bail Act would not solve all of Barbados’ problems, but would go a long way in changing the mindset of some who felt they could get bail within six months of committing an offence.