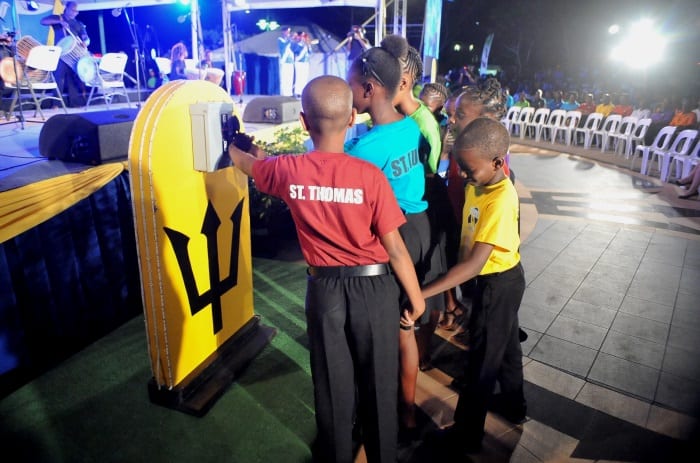 The annual Sagicor Life Inc.’s Lighting Ceremony has been rescheduled from Wednesday, November 1, to Monday, November 6.

Minister of Culture, Stephen Lashley, made this disclosure earlier today, during the official hand over of a sponsorship cheque valued at BDS $25,000, from major sponsor Sagicor Life Inc.

Mr. Lashley said that due to the Cabinet-instituted three days of mourning for former Governor General Sir Clifford Husbands, “the Ministry felt that in deference to that period we should move the lighting ceremony to November 6 … in National Heroes’ Square”.

Thanking Sagicor Life Inc. for its support over the years, the Minister also noted that the success of the event depended on the collaboration between private sector sponsors and public agencies.

The lighting ceremony, which signals the beginning of a month of Independence celebrations, was first introduced in 1996, and is traditionally celebrated on November 1 each year.  Sagicor Life Inc. has made significant contributions to this event from 1996, and has pledged its continued support.