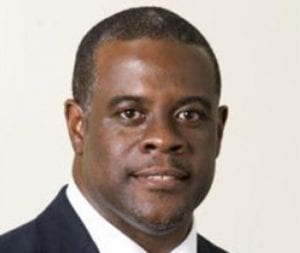 Former Chairman of the Barbados Tourism Authority and Executive Director of the Elcock Family Group of Companies, Adrian Elcock, has been appointed to the position of Deputy Chairman at the Fair Trading Commission (FTC).

Mr. Elcock takes over from Professor Andrew Downes, and officially assumed his position on Monday, January 9.

Commerce Minister, Donville Inniss, thanked Professor Downes for his stewardship and years of service to the FTC, and lauded his professionalism and dedication to that organisation.

“I have enjoyed working with Professor Downes over the years, and he always brought an informed and well thought out perspective to our discussions.  I thank him for his time and professionalism,” Mr. Inniss stated.

Professor Downes, an economist and academic by profession, was appointed to the Commission at its inception in 2001, and became Deputy Chairman in 2006. The Chairman of the FTC is Deputy Dean in the Faculty of Law at the University of the West Indies, Cave Hill Campus, Jeff Cumberbatch.

The FTC is responsible for the protection of consumer rights throughout the island.