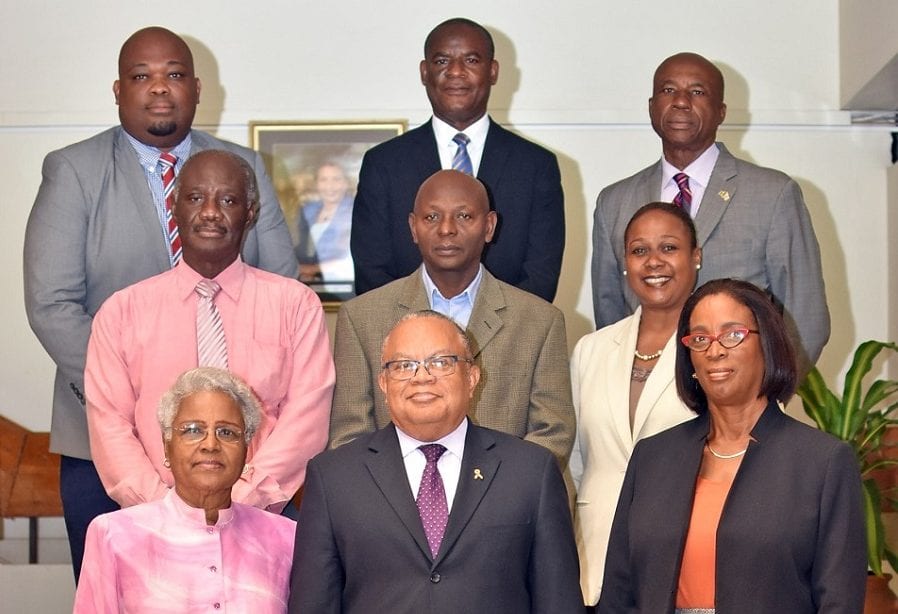 Minister of Foreign Affairs and Foreign Trade, Sen. Dr. Jerome Walcott, and Minister in the Ministry of Foreign Affairs, Sandra Husbands, with Barbados’ new Heads of Overseas Missions and Dame Billie Miller, who is Ambassador at Large. (C. Pitt/BGIS)

Barbados’ new Heads of Overseas Missions were announced today by Minister of Foreign Affairs and Foreign Trade, Senator Dr. Jerome Walcott, during a briefing session for the envoys at his Ministry’s headquarters on Culloden Road, St. Michael.

During the briefing, Senator Walcott explained that the Ministry of Foreign Affairs had been tasked with supporting the island’s restoration and transformation programme. Consequently, he said, the overseas offices would play an integral role in engaging the world in the pursuit of Barbados’ growth and development objectives.

“We will do this using our tools of diplomacy, advocacy and representation. We will work to rebuild confidence in Barbados and to restore the country’s image and reputation internationally.

“We will strengthen Barbados’ partnerships in the bilateral, regional and international arena and seek to optimise the benefits that Barbados gains from these engagements…Finally, we will ensure that Barbados’ global diaspora becomes and is treated as a valuable asset,” he affirmed. 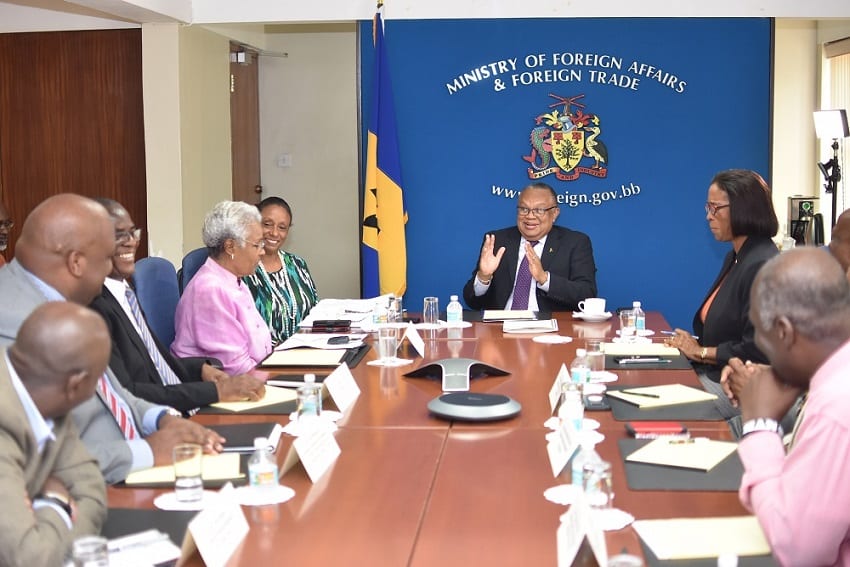 Minister Walcott also advised the envoys to be circumspect in their behaviour; trustworthy, patient, open-minded and tactful while being team players within their respective missions. (C. Pitt/BGIS)

The Foreign Affairs Minister reminded the new envoys that they will be representing Barbados on the international arena and as such, they needed to act in their country’s best interest.

“You are required to function as the eyes, ears and indeed the voice of Barbados abroad.  You must always be aware of the national interest and values of Barbados, especially those which underpin our foreign policy, that is, respect, human rights, democratic governance and social justice,” he stressed.

Minister Walcott also advised the envoys to be circumspect in their behaviour;  trustworthy, patient, open-minded and tactful while being team players within their respective missions.

The new Heads of Overseas Missions will take up their posts in early October. However, Barbados’ Permanent Representative to the United Nations, Elizabeth Thompson, has already assumed duties. In addition, Noel Lynch and Milton Inniss are nominees for diplomatic postings.