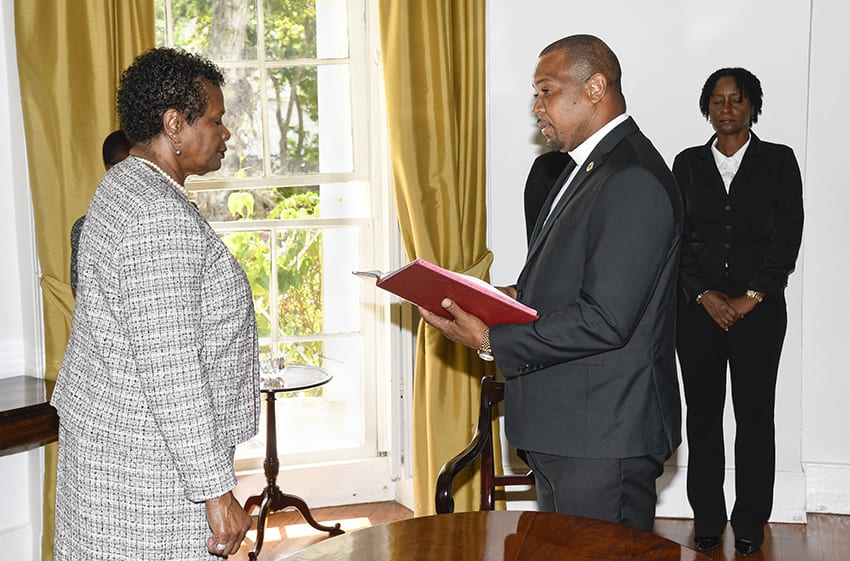 Reverend John Rogers was sworn in today as an Independent Senator by Governor General Dame Sandra Mason at Government House.

Reverend Rogers took the Oath of Office, which was witnessed by the Clerk and Deputy Clerk of Parliament, Pedro Eastmond and Beverley Gibbons; his mother, Mona; wife, Cheryl and daughter, Safya.

He expressed his sincere gratitude to the Governor General for the confidence vested in him and for affording him the opportunity to serve the nation at this level.

When questioned about his new appointment and plans, he said: “I believe I would have to get my ‘feet wet’ first to see all that it entails. But certainly, I would be bringing the years of expertise in the various fields which I studied to bear on the matters that will be coming before me.”

Reverend Rogers shared that he would be able to manage both his role in the Church and Senate quite well.  “The Church in her wisdom gave me an Assistant Curate recently, so that would help me very much in terms of balancing my work at St. George and in the rural deanery of St. John, but also I believe it will be complementary rather than opposing,” he said.