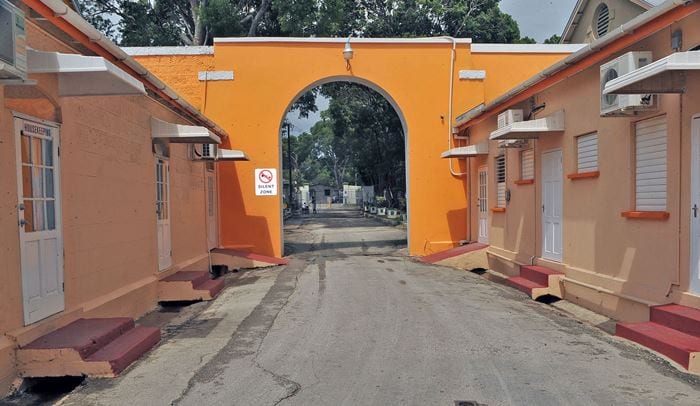 A new Medical Unit, officially opened at the Psychiatric Hospital on Monday, will accept its first patients on Friday, March 1.

Hospital Director, David Leacock, said the $700,000 refurbishment of one of the buildings on the grounds of the hospital at Black Rock, St. Michael, would allow residents at the hospital with medical issues to be managed on the compound, with only the more severe cases being transferred to the Queen Elizabeth Hospital (QEH).

He explained that the new facility was equipped to allow the hospital staff to adequately manage patients in a setting which was removed from the general ward.

The unisex facility features treatment rooms, two isolation rooms, dormitories, a patients’ lounge and lunchroom, and offices and a break room for staff.

Minister of Health and Wellness, Lt. Col. Jeffrey Bostic, toured the Unit and deemed it an example of what was possible going forward as Government sought to address the issues related to an aged plant, in terms of health infrastructure.

The Minister stated: “Every building, every area that we have been able to refurbish or to modernize is a step closer to that quest of transforming the health services in Barbados.”  That transformation, he submitted, must not only be in terms of the delivery of service, but also in the infrastructure that was required to deliver that service.

He disclosed that transformation was also going on in respect of the digitization of medical records, with the process already completed in the polyclinics.  The process will now transition to the QEH, he said, and this will be followed by the Registry.  The aim, Minister Bostic stated, was for a much faster delivery of health care than has been available at any time in the past.