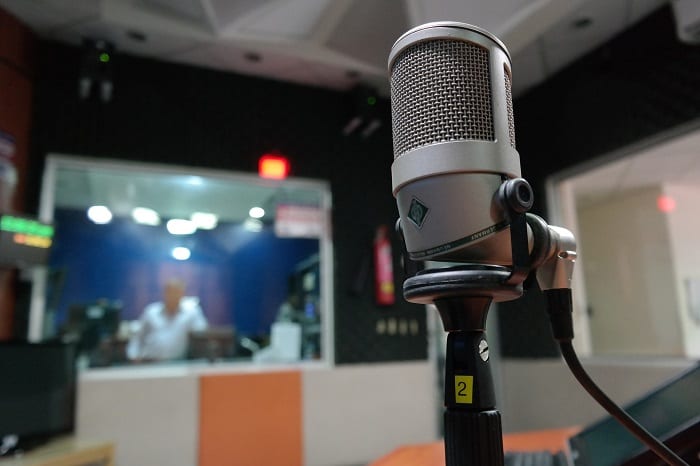 A new, innovative music lab is what students at the St. Leonard’s Boys’ Secondary School received today, thanks to the Legacy Foundation, a charitable organisation of the Barbados Public Workers’ Cooperative Credit Union Limited.

Minister of Education, Science, Technology and Innovation, Ronald Jones, who addressed the students and unveiled the plaque for the lab, called it “a musical revolution”, and urged the boys to find time to play music and find beauty in music, which could take them further in the world.

Lauding the Foundation for bringing hope to the boys, he said: “Thank you on behalf of the Government of Barbados. Not all can be done from your taxes, especially in these times where revenues are not as strong and vibrant as we would like them to be.

Teachers and students were also encouraged by Mr. Jones to not only see it as benevolent and philanthropic giving but as a motivator to reflect and become ambassadors for their school, whether they were in the 100 Boys Choir or playing the  musical instruments.

Trustee of the Legacy Foundation, Ayo Burrowes, expressed pleasure at the opening of the lab, and said it represented “a collaborative effort between Legacy and St. Leonard’s to realise the goal of the advancement of music education at the school and, by extension, our community”.

She pointed out that the Legacy Music Technology Lab had its genesis in a request from St. Leonard’s Boys’ Secondary School, which was followed by an innovative and comprehensive proposal submitted to the trustees in November 2015.

“We were impressed and happy to make the $75,000 investment in the venture. Legacy’s theme: Supporting, Learning, Wellness and Empowerment was very much borne out in the vision of the school’s proposal.

“Not only was the school seeking to integrate technology in its music learning environment by way of establishing the studio lab but also to empower the school’s music students in the re-formation of the school’s band,” Mrs. Burrowes said. She expressed the hope that students would find careers in the field of music and music technology.

The school is the first to be outfitted with a modern state-of-the-art music lab by the Legacy Foundation.  It will have 14 student digital audio work stations, each comprising a laptop commuter, a midi keyboard, an audio interface and the relevant sequencing and notation software packages.

The Foundation has also donated two dozen musical instruments including flutes, clarinets, saxophones, trumpets, trombones, drums and guitars, which will be used in the re-establishment of the school’s concert band.

Students will be exposed to beat-making, sequencing, recording and notating music, all at the current international industry standard.  This not only serves to assist with their CSEC and CVQ assessments, but is also geared at improving their general musical performance and appreciation of music.

Legacy is a registered charity where Credit Union members and charity-minded Barbadians are allowed to pool their charitable donations through the Foundation and help with initiatives such as education and health and opportunities for underserved groups.