New Plans Ahead For The Child Care Board 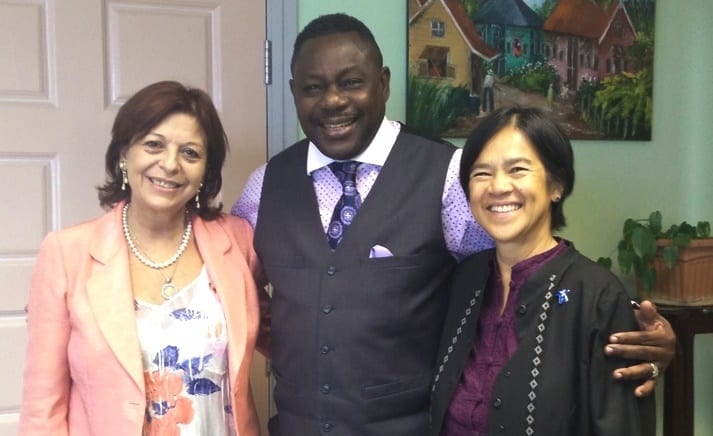 Minister of Social Care, Steve Blackett is awaiting the final report of the Coroner’s inquest into the death of 12-year-old Shemar Weekes, to decide which direction his Ministry should take regarding the Child Care Board.

Mr. Blackett made this disclosure on Wednesday during a courtesy call at his Warrens office with the new UNICEF Regional Director, Marita Perceval, and other officials.

Following what he described as “recent incidents”, Mr. Blackett explained that his Ministry and the Board had taken some decisions regarding the agency, and he was hopeful that the report would assist in this regard.

“We are hoping to refashion, recalibrate and do things differently there, starting from the top down in terms of administration…so we’re awaiting the report to see how we can collaborate on that and put a new face to the agency,” he explained.

Ms. Perceval applauded Barbados’ efforts and commitment to children’s rights as set out in its country programme. She explained that programmes from countries such as Barbados requested that priority be placed on children’s rights, more specifically, education, social inclusion, child protection and the eradication of violence.

The UNICEF Regional Director also commended the Ministry for its poverty alleviation efforts, and said that statistics showed that while it would be a difficult task, there was a real possibility of alleviating poverty in Barbados.